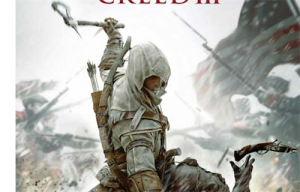 Assassin’s Creed is one of the best, most entertaining video game series I’ve played, and I’m always happy to learn more about the branches in Desmond Miles’ family tree.

But while the new trailer has given me reasons to eagerly anticipate the release of AC3 on October 30, 2012, it’s also given me as many reasons to keep my enthusiasm on a low simmer rather than a full boil.

First watch the trailer, and then I’ll share my thoughts.

The modern storyline with Desmond aside, the first Assassin’s Creed game was set in the ancient world of the Crusades, an underexplored slice of history that was brilliantly brought to life. The second series of games were set in Renaissance Italy and the Ottoman Empire, and the plot interweaves fiction with real-world events.

I trust that Ubisoft will show us an American Revolution never written about in history books, about how assassins shaped the events of the war.

When I think of Assassin’s Creed, I think of timeworn cities and man-made edifices that our assassin hero clambers over to escape from notice. I don’t think of American colonies. In fact, I only think, “How in the hell am I going to plunge from hundreds of feet up into a pile of hay when I saw no buildings in the trailer?”

The ancient secrets that lay hidden within churches and fortresses for our protagonist to reveal? Unless there’s a strong Native American plotline in AC3, there’s nothing old about the New World.

We followed Altair and Ezio in the previous games, and we came to know them as clever and eminently resourceful.

A new main character is expected in this new adventure, and our new protagonist, Ratohnhake, also known as Connor, is the son of an English man and a Native American woman. I’m looking forward to meeting him.

What the hell is he wearing?

Our new protagonist is dressed more like a character out of the pages of history than someone modern to the period. When Connor approached his victims, do you think he killed them because they were laughing themselves silly?

According to Techspot, we’re going to experience animal hunts, changes of season, and hell yeah, using human shields. We’ll get to interact with the likes of Ben Franklin and George Washington. We’ll also get more Desmond action.

One of the greatest pleasures of AC1 was exploring the cities we know from the Crusades. AC2 takes place, for the most part, in Italy, where I can take Ezio into places like the Coliseum and compare the scenery to my freakin’ vacation photos.

In this trailer, the only gameplay we saw involved…trees. Trees are lovely, but they’re also very same-y. The Assassin’s Creed games have our character climbing precarious, lovely, and diverse surfaces to reach his goals. In the trailer, it seems as if we’ll be hanging out in trees, diving down from trees, and enjoying many tree-based activities.

It’s too soon to tell—and I’m hoping to be proven wrong—but I’m afraid this game will turn into Assassin’s Creed: Tarzan of the Americas.