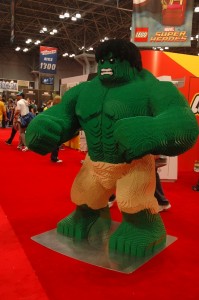 It took San Diego Comic-Con a whopping 35 years to reach an attendance of 100,000 convention-goers, but scrappy New York Comic Con (NYCC) achieved it in a mere six. Now in its seventh year, NYCC is back, with fantastic giveaways (I’ve got comic books aplenty), terrific demos (I got my hands on a plethora a videogames—a plethora, I tell you), and much, much more.

But why tell you about NYCC when I can show you? Check out these photos for a look at the media fest (click to embiggen).