Attention Teachers: If You Don’t Apply to This Workshop, Your Experiment Won’t Fly to Space 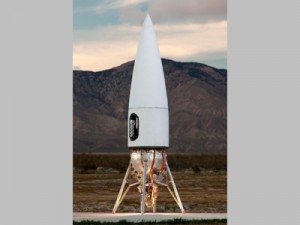 Are you a high school teacher of science, technology, engineering, or math? Do you like space? Do you know that, with the advent of private space companies, NASA won’t be the only way to get there? If so, there’s a workshop just for you…and 139 others just like you.

The Teachers in Space (TiS) Workshops, run by the Space Frontier Foundation (SFF), will be holding sessions this summer for 140 teachers, thanks to an educational grant from NASA.

Keep in mind, you’re not applying for a flight to space: you’re applying for one of several workshops designed to educate the educator in a hands-on environment.

This is the second time around for the TiS Workshops. The first sessions ran in 2011. And all of the experiments devised in the 2011 Workshops by the teachers (plus the winner of a Make Magazine competition) will be conducted, thanks to Masten Space Systems’ reusable launch vehicle, which is scheduled to fly in October 2012. (Liz Kennick, project manager of TiS, notes that Masten’s size specifications have yet to be finalized, and as such, some of the experiments may have to wait for a different flight.)

These 2011 experiments include a look at radiation shielding, as well as melting points of materials in space.

Rachel Manzer, who led one of the 2011 workshops (and is one of the seven teachers who actually will be flying to space) said, “We were helping to teach teachers how to design experiments for space. That way these teachers can take this back to their classrooms and now teach students. Commercial spaceflight is opening access to everyone. There’s a tremendous opportunity for educators and students to be able to have access to space and actually conduct real research.”

There is no fee to apply to the TiS Workshops, and the workshops are free to all participants. Participants, however, will be charged for housing and meals, although a limited number of stipends are available (a maximum of $400 for those qualified). The workshops are available to teachers of American curricula only. Application deadline is March 30, 2012.