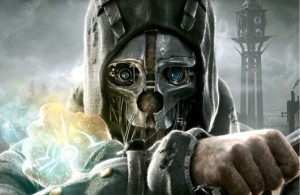 The great thing about many open-world games is that they give you the freedom to play however you want. Take Dishonored. There, you can play non-lethally or you can leave a trail of dismembered bodies as you murder up Dunwall. As to the winners of the “Killer Moves” video contest, below, you can instantly tell they prefer the more messy version of the game.

According to a representative, Dishonored‘s developer Arkane Studios has just released “a compilation trailer of the best fan submitted clips showing off power combos, kill moves and stealthy action.” Some of these kill shots are genuinely spectacular and give players some (deadly) food for thought.

Arkane Studios credits all of its videographers, and as you can tell from the subtitles/HUD, most of them are in Italy and France.

If you didn’t already know that Arkane Studios was based in France, the soundtrack (“Drunken Whaler,” Chilton Remix) is a dead giveaway.