Halo 4 Earns $220 Million in One Day–But Did It Out-Earn Harry Potter? 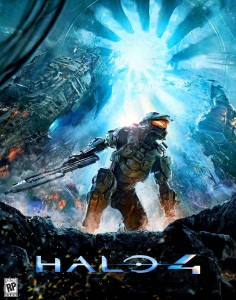 Halo 4 earned $220 million in its first day of release, more money than most of us will ever see in our lifetimes—even most Forbes readers. Even within the first week, Halo 4 is already an astonishing success, with almost $300 million in sales. However, Larry Hryb, the director of programming for Xbox Live, may have been slightly overenthusiastic in his reporting.

Hryb wrote on his blog, Major Nelson, “In the first 24 hours of its release, “Halo 4” garnered more than $220 million worldwide, eclipsing the record for the biggest day-one opening in U.S. box office history, “Harry Potter and the Deathly Hallows: Part 2,” and the biggest movie of 2012, “The Avengers” – based on U.S. sales alone.”

At first glance, it looks as if Halo 4 had out-earned the final Harry Potter movie on its opening day. However, Hryb’s comparison is not apples to apples. It’s apples to pumpkins. Halo 4’s numbers take the entire world into consideration, while Deathly Hallows 2’s $91 million opening day only counts the U.S. and Canada. (For the list of biggest opening weekends, click here.)

It seems that it’s difficult to chart worldwide earnings for movies. According to Wikipedia, “Since films do not open on Fridays in many markets, the ‘opening’ is taken to be the gross between the first day of release and the first Sunday.” So although Deathly Hallows 2 may have earned more money on its worldwide release day, until better tracking becomes available, it’s impossible to tell. (The film’s worldwide opening was a whopping $483 million.)

Tracking worldwide sales of Halo 4 is simpler: Except for Japan, the game was released across the globe on November 6.

But the best praise of all is not financial: Except for the random nakedness, Halo 4 looks to be a very good game.