Hilarious Borderlands 2 Video Shows Us the Best (Or Is it Worst?) Gun Ever 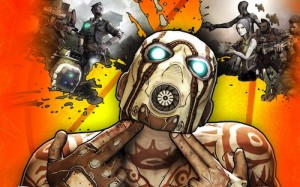 Borderlands 2, Gearbox’s recent FPS extravaganza, has 87 bazillion guns, and you can’t possibly find and use all of them. But if you happen to acquire this Energizing Bane by Hyperion, consider arming yourself with it only if you have a sense of humor or are deaf.

That’s because this gun makes the most ear-piercing, horrifying, and hilarious noises you’ve ever heard. It’s the perfect weapon for the gunzerker; it’s the worst weapon possible for anyone who enjoys stealth and peace of mind.

According to GameNGuide, the Energizing Bane (is this a play on Bane from The Dark Knight Rises?) is voiced by Ashly Burch, a voice actress and “younger sister of Borderlands 2’s lead writer, Anthony Burch.  (Together, they created the popular and funny web series, Hey Ash, Whatcha Playin’?)

“In case anyone who owns borderlands 2 doesn’t know, you can find this gun by starting a quest by finding a recorder to the left of the entrance to Moxxie’s place, it is next to a dead body.

The quest is real damn long though, and you find it sometime around level 18-24 if I remember right.”