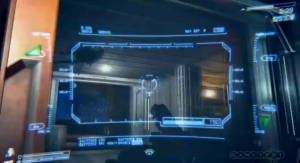 The xenomorphs want to kill you. I’m not just saying this because I’ve seen all of the movies where H.R. Giger’s creation appears (Alien and Aliens, among them). I’m saying this because I’ve seen the “survival multiplayer” trailer for the upcoming videogame, Aliens: Colonial Marines. Not only do they want to kill you, but also they’re pretty good at it.

If you choose to play a human, you have one goal, which is to survive, period. If it sounds easy, it’s because there’s something wrong with your fear response. The aliens blend in with the black backgrounds and can crawl up walls, which means they can and do come at you from every angle. And you won’t even see one until it’s too late.

Good news. You can always play an alien, whose goal is to kill. Honestly, this is preferable to their goal in the movies, where the xenomorphs want to make you the mother of their unborn children. Egads.