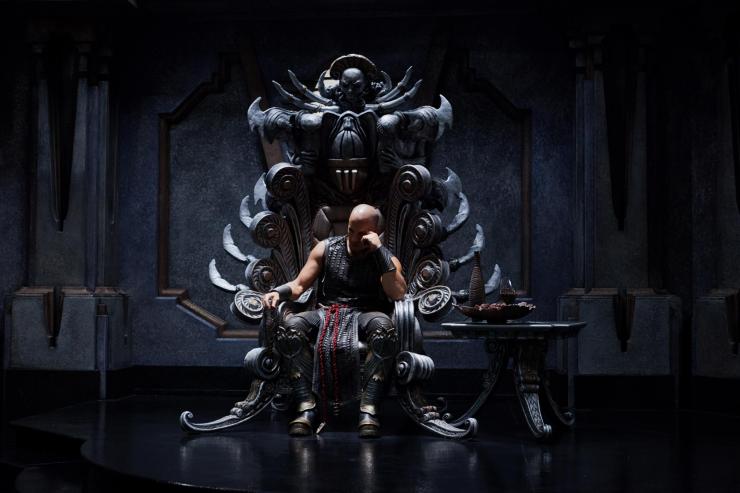 It turns out Vin Diesel may be tougher than Riddick — and Riddick is a guy who kills armored necromongers with only a pair of shades and a bad attitude to protect him.

But while Riddick risked his life for the survivors of the Hunter-Gratzner in Pitch Black, Diesel put his real-life home on the line to make sure we got a chance to see the character’s latest adventure. During development, Diesel apparently leveraged his house to help put up the money to get the project rolling. Now that’s gutsy.

According to The Hollywood Reporter:

Since it was his passion project, Diesel was dedicated to making the film happen at all costs. “I had to leverage my house,” Diesel said. “If we didn’t finish the film, I would be homeless.”

With a budget-conscious eye on the film, writer and director of the entire Chronicles of Riddick, David Twohy, said that Riddick took nine years to complete. In addition, the crew also reportedly reduced the shooting schedule to just 47 days of filming (compared to 85 days on Chronicles).

Although it’s risky for Diesel to mortgage his home, it’s not as if he might find himself catching zzz’s at the local homeless shelter. The action star is supposedly worth $44 million and earned $15 million for his work as an actor and producer on Fast Five.

But in one way, Riddick is absolutely tougher than Diesel: Whenever Riddick finds himself short on funds, he can just kill a bounty hunter and take his ship. No mortgage required.

Riddick will be hitting theaters on September 6.

(Via The Hollywood Reporter)