Actress Carrie Fisher, aka Princess-turned-General Leia Organa, might be gone, but she’s far from forgotten. She’s remembered by her fans… and now the Grammy Awards. Fisher has been nominated posthumously for a spoken-word Grammy for the spoken-word … 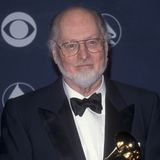 The Force was with John Williams last night at the Grammy Awards.

Today, the Recording Academy, presenter of the Grammy awards, revealed their nominations for the 55th annual Grammy nominations. In the category of “best score soundtrack for visual media,” The Artist and Hugo got their well-deserved yet predictable nods. And then there’s the nomination for something completely unexpected: the soundtrack to the videogame, Journey.