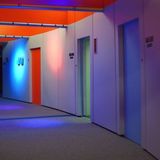 It was a geek’s dream come true: a lost Star Trek script by writer Norman Spinrad, who had written “The Doomsday Machine,” had recently resurfaced. And if that news weren’t exciting enough, it was going to be produced by a group of experienced fan filmmakers…and directed by Spinrad himself. But like so many of our Star Trek-based dreams, like the ones with our own teleporters, it looks as if this won’t become reality.

Remember that “lost” Star Trek script, “He Walked Among Us,” that resurfaced last week after 45 years? Well, it won’t remain an unfilmed screenplay much longer. Star Trek: New Voyages, will be lensing it this summer.