A Stripper Reviews the Saints of ‘Hitman: Absolution’ 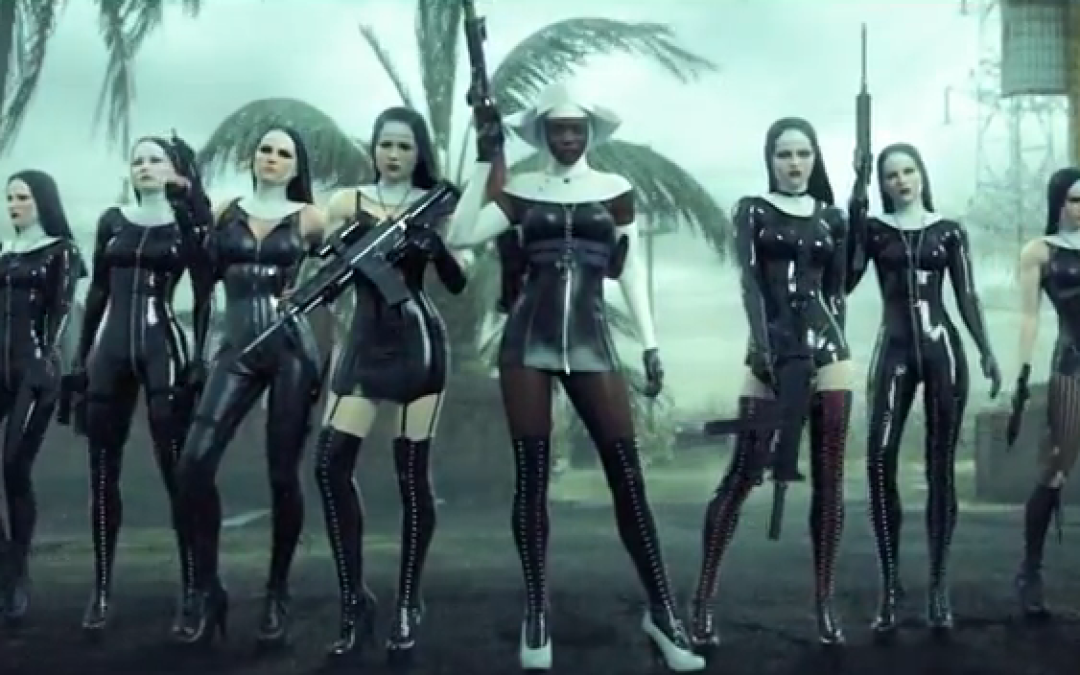 A few months ago, I was so horrified at the science in Prometheus that I interviewed scientists, experts in the fields that were portrayed in the Ridley Scott film. After asking them some frankly leading questions, they confirmed that the science was deeply unscientific.

Fast forward to this week, when I played Hitman: Absolution. Good game. Pity about the former stripper/prostitute nun assassins, also known as “the Saints.” These characters appeared only briefly, but they left that same tang of bad writing in my mouth.

But just how bad were the Saints (which you can see for yourselves, here)? I decided to get an expert opinion from Athena* (*not her real name), a former stripper who worked her way through school. She told me exactly what she thought about them.

Hitman: Absolution has characters who are ex-strippers/ex-prostitutes. They left their jobs to become assassins. Does working as a stripper prepare you for a job as a hitwoman?

Stripping keeps you physically fit. I wasn’t a big user of the pole, but when I did, it gave me a workout. And so will walking around in high heels for eight hours. Also, I moved my body quite a bit.

That’s the physical aspect. How does it prepare you emotionally?

These women are called “the Saints” because they also happen to be Christians.

That doesn’t seem very plausible. I don’t understand why strippers would seriously become assassins, especially if they are Christians.  I mean…what kind of Christians are they? Are they Republicans?

Hard to tell. What do you think about the way they’re dressed in skin-tight latex and ripped stockings?

The nun/stripper costumes seem really gratuitous to me. Most of the strippers I knew would not walk around in public dressed that way: I didn’t know any women who worked as strippers who maintained their work personas outside of the clubs. I always tried to look like a normal person: jeans and sweaters, like the girl next door.

I’m disturbed by their clothes, because what’s the point of these costumes? It just seems [IO Interactive] wanted to put some T&A in there, and they came up with some ridiculous excuse to do that.

It was their cover. You could probably catch people off guard in a costume. Your targets wouldn’t be expecting it. But they removed their habits before the fight because it’s probably it’s a lot easier to fight if you’re not wearing a dress.

I don’t know why they would keep on their stiletto heels unless they were planning on stabbing someone with them. That’s not very practical. What if you needed to run away?

And if stiletto platforms gave you the advantage in warfare, how come our Marines and Navy SEALs don’t wear them?

I would like the makers of this videogame to go home and put on some platform stiletto heels and try to seriously fight one another in them…that is, if they can walk.

Why do you think the Saints are carrying guns openly?

I don’t know. Maybe they think people will assume the guns are part of their act. What would you think if you saw a beautiful woman in patent leather mini-skirt, fishnets, and platform stiletto heels toting an assault rifle?  Would you think assassin?  Or bachelor party?