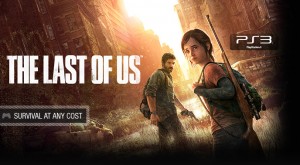 It’s 2013. Do you know where your list of videogames for the coming year is? Wikipedia has one, and PC Gamer has a good one too, and they’re chock full o’ so many goodies, I have no idea how I’m going to play them all and have time to eat/bathe/dress/exercise/write/call my mother and father and let them know I’m still alive.

For sanity’s sake, I had to narrow these lists down. I came up with ten games that are on my must-play list for 2013. I think they should be on your list too.

In no particular order:

Developer Quantic Dream’s Heavy Rain wasn’t just a game. It was a narrative experience. QD will be providing the same continuous action and the same interactivity in its newest venture, Beyond: Two Souls. Only this time instead of a noir plot, the story here is supernatural, about a young woman (motion-captured by Ellen Page) who is followed by an entity named Idan.

Wikipedia says that Star Wars 1313 “will put the player in the role of a bounty hunter navigating the planet Coruscant‘s subterranean level 1313 underworld as they try to uncover the truth surrounding a criminal conspiracy.”

This looks like the Star Wars game we’ve been waiting for: a grittier look at the galaxy far, far away.

This game should have been the sequel to the fabulous S.T.A.L.K.E.R. games. But because of problems with the S.T.A.L.K.E.R. IP, the game had to be repurposed. Even though I’m disappointed that the series won’t go any further, I have nothing but high hopes for the future MMO, Survarium.

This first-person shooter is more than a spiritual successor to the Aliens series. It’s officially in continuity. Set on the Sulaco’s sister ship, as well as LV-426, we get to learn more about the fates of the Marines we knew and loved from the 1987 James Cameron movie.

Best of all, you can kill xenos. Bwahaha.

There’s been no small amount of controversy concerning the young Lara Croft and her possible role as a victim of a sexual assault. I say this game has been written by Rhianna Pratchett, who wrote the witty Overlord series, and that gamers should play it first before you make any judgments.

But I don’t want to get my hands on Tomb Raider to judge it. I just want to play it.