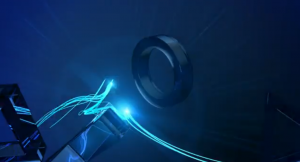 The new PS controller will be…telekinesis?

When Sony wants to make an announcement, they need only post a message to their Twitter feed, Facebook page, or their own blog. But why drip that information when they can make a splash? With that in mind, Sony will be having an event. For 1200 attendees.

Twelve hundred people for an announcement is quite a spectacular number, especially considering that the majority of my New York-based press events have taken place in a small conference room at a PR company’s office (and let’s not forget any number of tiny warehouses and galleries).

But it’s a concerning number for one important reason: Liveblogging. No one could tell me the capacity of the network at the location. But with 1200 people—many of them journalists—trying to post the news as it happens, I fear an overloaded network and sad, sad load times.

Of course, there will be some Internet capability; Sony will be streaming the event here. This means people at home can learn the news in tandem with my colleagues and me as the event progresses. Our insightful commentary, our snarky asides, our disappointments and delights…that may have to wait until we’re at the local Starbucks.

There were 5200 people in attendance at the 2010 Apple Keynote when the network slowed to a crawl, leaving Steve Jobs to ask the audience, “If you’re on Wi-Fi, if you could just get off, I’d appreciate it.”

Although Sony has not confirmed the reason for the event, it’s clear to anyone who can count past three that this will be the launch of the PlayStation (wait for it) 4. Oh, and if you want to see what Sony does admit to announcing, check out the vaguest trailer in history: