3rd ‘Game of Thrones’ Trailer Warns Us That Love Is Weakness 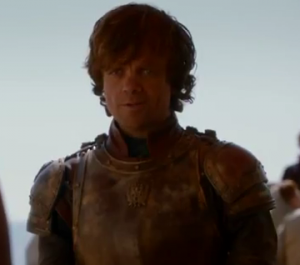 The trailer gives us more: more dialog, more characters, more situations. That’s perfect, because in this show, there is no “less is more” subtlety and restraint. There’s only bloodier and bloodiest.

Because I’m a slave to the George R.R. Martin series that Game of Thrones is based on (A Song of Ice and Fire, six volumes and counting), I can tell you that this trailer hits all the right notes. Sansa’s declaration that she’s loyal to King Joffrey, who killed her father in Season 1; Tyrion’s fear that his love for Shae will result in death; Danaerys’ promise that she’ll take what’s hers; and Cersei’s remark about love…the series is picking up on what’s important in the books. It’s thrilling to see a production so faithful to its source material, particularly material as complex and relentless as Martin’s.

See the trailer for yourselves. Better yet, see the show when it airs on April 1. You won’t be disappointed.