A First Look at ‘Hitman: Absolution’ 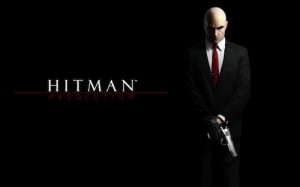 Christian Elverdam, gameplay director of Hitman: Absolution, told me that in the upcoming IO Interactive game, there are over two thousand pages of non-player character dialog. Every NPC was chatty…and extremely informative. Listening in on their conversations not only gave us hints about gameplay—overhearing that an elevator needs repair cues you in to the fact that a repairman disguise might be in order—but also turned us into silent observers, removed from the world until we effect it with our deadly intentions.

And almost none of this chit-chat belonged to protagonist Agent 47. From what we saw, our hitman only spoke in the cutscenes, which makes 47 a man of few words but of multiple actions. In fact, those multiple actions are pretty much the highlight of Hitman: Absolution. Every objective he needs to accomplish can be done in numerous ways. Gamer Marco Lemos and I only got our hands on it for an hour and a half, but we were extremely impressed by this stealth-‘em-up.

When last we left our anti-hero, his handler, Diana, had injected him with a poison yet resurrected him by kissing him with the antidote on her lipstick. Here, Diana is his target. Before he dispatches her, she asks him to protect a young girl named Victoria for reasons unknown. Elverdam said, “47 is without a handler, and he’s in unfamiliar territory because he’s not used to protecting people. He’s used to killing people.”

The tutorial level teaches you everything you needed to know about being a master hitman but were afraid to ask. In the first half, which takes around the grounds of a manor, you learn about movement, cover mechanics, disguises, and hiding bodies (an important task for an assassin who needs to cover his tracks). To make sure you’re as good a marksman as Agent 47, you learn to half-squeeze the right trigger to steady your aim before you can fire.

Then there’s the instinct bar, the Swiss Army knife of your arsenal: It reflects your experience as a hitman as well as an ability to perceive threats. This resource highlights guards and their patrol paths, differentiates your mark from other enemies, lets you know which items you can interact with, and gives you the ability to sneak past NPCs.

It sounds like a powerful function, and it is, but it’s also a finite resource; the harder the difficulty level–easy, medium, hard, expert, and purist–the more limited it is. (Your choice of difficulty level also modifies the number of checkpoints you have, as well as the number of guards around a given area and their detection/reaction time.)

For example, when we were walking through a greenhouse in disguise, we used our instinct to obfuscate us from two separate groups of guards. By the time we reached the exit—which was blocked by two guards and a gardener—we had no instinct left. We had to improvise by opening a nearby valve, which distracted the NPCs. Only then could we leave unnoticed.

In the second half of the tutorial, we’ve breached the manor itself. (Sadly—or amusingly, depending on your sense of humor—we had to dispatch a guard who had just learned he was free from cancer. “This is the best day of my life,” he said, before we flung him to his death.)

You also are given points for each hitman-ish activity, so if you stealthily take out your target without being detected, you get points. Consequently, if you kill an NPC you lose points. But if you subdue an NPC then successfully hide him, you neither lose nor gain.

In this section of the tutorial, if you grab items, you can stash them in your inventory, and eventually, you’ll find yourself with a decent-sized arsenal. (Of course, the really sneaky players will forgo using their guns.) You can also unlock different maneuvers, depending on the achievements you complete.

On to the first mission. The goal: Take out the King of Chinatown, and Elverdam says there are twelve separate ways to accomplish this. Each one is satisfying in their own right, from an “all out street war” (to hell with subtlety) to poisoning him with fugu fish (to hell with the license to serve). We took out his drug dealer, stole his disguise, and lured the King into the drug dealer’s lair. From there, we could kill him in multiple ways, so we chose the good old-fashioned garrote.