A Hands-On Demo Of ‘The Last Of Us’ 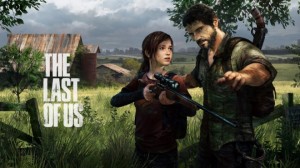 The Last of Us is the upcoming PS3 game by Naughty Dog, makers of one of my favorite game series of all time, Uncharted. Uncharted is the light-hearted adventure of Indiana Jones-esque Nathan Drake and his globetrotting pals, and it takes us from one dazzling destination to the next. The Last of Us‘ mood and mechanics have almost nothing in common with the award-winning Uncharted, but from the hour I spent with it, it looks like a worthy successor.

There’s nothing about this post-apocalyptic game that says “light-hearted adventure.” In fact, I’d say that TLoU has a great deal in common with another excellent PS3 game, Enslaved: Odyssey to the West, which was also a tense, personal, and all-too reluctant journey through a post-apocalyptic world. Although parts of TLoU are attractive to look at (and both were games designed by Mark Richard Davies), it doesn’t have the impressive scale of Enslaved. But that that works just fine here. There’s almost no underlying awe and optimism in this world. It’s nothing here except harsh reality upon harsh reality.

I sat down to play a part of The Last of Us with Naughty Dog’s community strategist Eric Monacelli, who reiterated the plot. It’s been twenty years since humanity was decimated by a plague of the cordyceps fungus. The cordyceps-infected humans (“the Infected”) have zombie-like qualities, such as complete loss of personality and primal urge to spread their infection. But they’re only part of your worries.

Humanity has banded together in small factions, and nature is reclaiming what we had taken. Players get to play the anti-heroic Joel, a smuggler who has been hired to bring a 14-year-old girl, Ellie, to a resistance group, known as the Fireflies. But to do that, Joel and Ellie have many dangerous roads to travel.

TLoU is unrelenting in its mood. You can see just how in the way Joel thinks: Joel’s idea of kindness is to warn young Ellie he doesn’t think they’ll survive the journey intact. Obviously, he lost his sugar-coating abilities in the apocalypse…among other things. The wonderfully mo-capped actor Troy Baker (who also voiced Booker DeWitt in BioShock: Infinite) beautifully conveys a man who has lost just about everything that mattered to him.

More importantly, this is reflected in the way Joel moves: Walking is a slower, more lifelike pace than other games I’ve played, and when he jogs and runs, Joel is frequently breathless. He jumps more realistically, without Nathan Drake’s funny, funny flailing. There’s no superheroic wall-climbing, either. I’m surprised Joel and Ellie don’t need to urinate.

This game is so grounded in in the here-and-now that we can upgrade our health when we come across pages in the real-world U.S. Army Survival Manual.

I started my demo off a few scenes into the actual game, in Lincoln, PA. Here, Joel and Ellie are making their way toward Bill, a man of Joel’s acquaintance who owes him a favor that Joel intends to collect. As we walk around a small, forested area, Ellie is enchanted: It seems she’s never been outside the compound before. Monacelli told me that the contrast between Ellie, who was born after the cordyceps apocalypse, and Joel, who was born before, “is a key point of the game.”

I pick up items that will help me later, such as a bottle (to be used to distract Infected or as a component in a Molotov cocktail), and work my way to an area fenced in and protected by barbed wire. I climbed the side of a small building, but I couldn’t leap across to the rooftop of the building next to me. It’s puzzle-solving time.

Monacelli guides me: It seems I needed to find a large plank, move it to the side of the first building, climb up, pull up the plank, then lay the plank down across the two buildings. Thanks, dude.

It isn’t long before we encounter Clickers, a late-stage Infected who are blind but can hunt you using echolocation. (An earlier stage, Runners, are fast and still have their vision.)

Even though one enemy went down in a single pistol shot to the head, I didn’t get my “headshot” bonus. Monacelli says that TLoU has trophies. Although he didn’t elaborate, he joked, “They’re good ones.”

As with Uncharted, finding collectibles are a cool part of this game, particularly the fragments of paper that reveal the lives of unseen survivors. I haven’t read the four-issue Dark Horse comic, but Monacelli assures me that one of the collectibles that appear in the comic also appear in-game (that, and the names of the competition winners from ND’s pendant competition). Remember, when you die–and you will. Oh yes, you will–you need to reacquire the items you had picked up before respawning.

Soon, I find myself in a fun fight: I tripped a trap and found myself suspended upside down. Hanging from the rafters, waiting for Ellie to cut me down, the area is quickly swarmed by Infected. I handed the gamepad to Monacelli, who cleared the two waves of Infected that were coming to thwack me, piñata-style. Thanks, dude.

Did I mention I was in Easy mode?