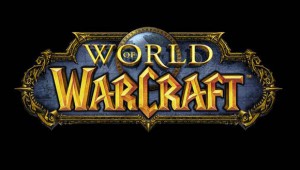 World of Warcraft (WoW) players are sick to death of reading reviews that ask, “Is this game a WoW-killer?” WoW player Marco Lemos doesn’t want any game to kill WoW, his go-to MMO for the past six years. But Lemos said, “I wants a game to challenge WoW, because competition is healthy and will make Blizzard innovate. I love WoW, but it’s been very complacent for the last nine months.” I asked him to play Guild Wars 2 (GW2) during the Headstart Weekend with me, to see what he thinks of the newest entry into the MMO genre.

The result: After only one session of ArenaNet’s new game, he said, “I’m really, really impressed with Guild Wars 2. When there’s a lull in WoW activity, between raids or we’ve cleared most of the dungeons, this is something I can do on a break.”

Since this game can be played at your leisure, it’s ideal for WoW players who want a change of scenery. WoW players who enjoy PvP will find that GW2 provides the balanced fighting they have been asking for years, said Lemos.

He said, “I will be playing them both.”

I’ll let the WoW player describe GW2 in his own words.

– GW2 has an amazing graphics engine. The character models are top notch, much better than what I’ve seen in WoW for over six years.  The world ambience, sounds, and music is perfect for the game’s world. This is the first MMO that I’ve played where I don’t immediately mute the game sounds.

– Character creation is one of the better ones I have seen in a long time. I was surprised with the amount of detail you can adjust the character model. Also filling out the history of your character is a nice touch, since it affects personal storyline quests, and choices you will make in game. Class choices seem spot on as well. Mesmer and Thief are the classes I rolled so far, and both seemed to be balanced. There were mutterings that Elementalists are overpowered, but I’ll get a feel for that once I can do more PvP.

– Dynamic Events (DE) are nice quests that appear throughout different parts of the maps. You’ll be running into those a ton if you go out exploring, like I did. Some are easy to find, some take more work. But just being in a DE area with twenty to thirty people, working together to succeed in the DE, was a sight to behold. I haven’t seen that in a long time.

– As a thief, I loved the “steal” ability. The simple idea of gaining an ability from an enemy that you’re fighting refreshes the whole idea of the thief/rogue archetype. I squeed in happiness when I stole a warrior’s Whirlwind attack and used it against him. Depending on what you fight, you can steal different abilities. It adds a whole new dynamic to combat.

– I can’t go back to WoW combat after this. Being able to jump, dodge enemy attacks, and attack on the move makes the combat more interactive. In WoW, people rely on a rotation of skills to maximize damage, whereas in GW2, your skill usage will depend on the situation. This applies even more to PvP combat, since the skills you select will either make or break your encounters.

The fact that different classes can use different weapon types, plus the fact you can hold different weapons in different Main Hand and Off Hand slots, blew me away. Using two daggers in MH and OH gives me access to different skills from someone using a dagger and pistol in MH/OH. Add to this the fact that you can do combinations with your skills to get a combined spell effect (either with your own skills, or another players) it surprised me. I’ll say, it will be difficult to get used to WoW’s rigid combat system again after playing this.