After a Brief Hiatus, Guild Wars 2 Is Back in Business 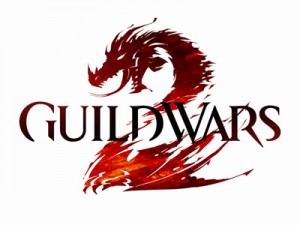 Remember how I said that a copy of Guild Wars 2 (GW2) could be yours for $59.99? Actually, I kinda fibbed. You could only play ArenaNet’s MMO if you had pre-purchased a copy or had bought one shortly after its launch. A mere two days later, ArenaNet closed the gates of their digital domain. Now once again Tyria has re-opened its gates.

According to ArenaNet, the company had “suspended first-party sales and retail replenishment on August 30…to catch up with record demand and to ensure that players who bought the game would continue to have the best online experience possible.”

Now you can buy a copy of GW2, or if you’re feeling flush, a deluxe edition for $79.99 (which may be worth it just for the five-day use of a golem banker); the collector’s edition, for $149.99, was always available for purchase, even when the other editions were not.

It makes sense for ArenaNet to have curtailed the number of players on their servers: They were already making heavy use of their overflow servers, which many players disliked. However, the overflow servers were necessary to keep people playing:

In its first few weeks, a significant portion of players are still in the starting and lower-level zones, spreading out from the home cities of their respective races. As players level up and explore further outside the initial starting areas, the spike of new players will broaden and flatten out across the worldmap, and the distribution of players to zones will eventually become more even.

Soon we can spend less time in an overflow server and more time in our respective worlds of choice.

Looking forward to seeing you there.