‘Aliens: Colonial Marines’ Gets a Release Date and a High-Octane Trailer 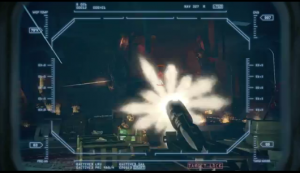 SEGA and Gearbox have announced the release date for Aliens: Colonial Marines. It’s not great news, soldiers. Human-on-xenomorph action won’t commence until February 12, 2013 for the XBox, PS3, and PC, while the Wii U’s release date is still TBD. This means we have a whole nine months of wait time before we can get our hands on the aliens who are trying to get their hands (and other parts) on (and in) us.

As a consolation prize, SEGA has released the trailer, and it’s really stellar. It’s moody, it’s full of action, and the graphics look terrific. Even though we know that the game is set on the Sulaco, as well as  multiple locations on LV-426, the gameplay of this trailer takes place entirely on the Sulaco. Our POV character, Corporal Winters, makes his way aboard only to find—surprise!—that he and his men are not alone.