And The Winner Of The PlayStation 4/Xbox One Console Wars Is…The PC? 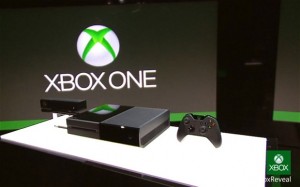 “X-Box One: Because that’s how many we’re gonna sell,” gamer Paul Sposato wrote on his Facebook page when he saw the Microsoft and Sony announcements at E3. Sposato is an Xbox enthusiast, an Xbox loyalist. But after last night’s presentations, he does not plan on buying the new-generation console, Xbox One.

The 2013 Console Wars had its first major head-to-head clash last night, and from almost every corner, it seems as if the Sony‘s PlayStation 4 has emerged the victor. However the winner of the console wars depends on one thing and one thing only: Who actually buys—or doesn’t buy—a console.

In fact, I’m wondering: What if they gave a console war and nobody came?

From a poll of over a dozen gamers, I’m hard pressed to find more than a handful of people who will be spending money. Instead, gamers are largely making three choices:

1. Not buying an Xbox One

3. Returning to the PC

Out of my many interviews, only one Xbox devotee remains devoted. Chris Cooper wrote, “I’ll still stick with Xbox, due to the exclusive titles, my comfort with the controller, and quite honestly, their used game policy (whether we like it or not) is the future of gaming.”

But in all the other interviews I conducted, Xbox gamers, even hardcore fans, are disappointed in the upcoming console. The Xbox One is $100 more expensive (a frequently cited frustration), requires a periodic Internet connection even for single-player games, and gamers will be unable to loan games to friends. Then there’s the Kinect, which will sense your movements and respond to them. Gamer John J. Ryan is “switching to Sony” because there will be “[N]o Kinect Eye of Sauron staring at me.”

Xbox gamer Akil Hill, who is disappointed in the Xbox One’s upcoming titles (“Minecraft…. At least make it Minecraft HD!”) won’t be buying the Xbox One…or the PS4, either. “I will stick with the Xbox 360 until it is no longer supported.”

Daniel Brogowski said, “They’ve got a monopoly on several titles that my son will not ever grow tired of, therefore [I] must have their box in the house. I’ll resist getting the new one as long as is feasible.”

That may be for some time. The Xbox was in production until early 2009, even though its successor console, the Xbox 360 was launched in November 2005. And over at Sony, the PlayStation 2 ceased production only in January 2013, even though the PlayStation 3 was released in 2006. From this, it seems that Xbox 360 gamers have a few more years pre-One  gaming to look forward to.

But for those who want new games, they may have to go beyond Microsoft‘s walls.

Xbox gamer Patrick Dorsey wrote, “At this point my wife and I are leaning towards PS4. Putting aside the head-to-head E3 demo last night, the PS4 seems to be less intrusive and more user-friendly for gaming.” But he added, “We’re not likely to be early adopters of the PS4 regardless, waiting for second generation consoles after the bugs are shaken out.”

Writer for Unreality magazine Yesika Reyes is “already sold on the services and video games [the PS4 has] to offer.” But she plans to wait a week or few “for technical reviews,” mostly to avoid the PS4 version of the red ring of death.

While the PS4 is the clear choice for gamer Sean Collier, he told me he won’t be buying the PS4 out of the gate because he “Need[s] some good games first.”