Anna Paquin, Shawn Ashmore and Ellen Page Are On Board for ‘X-Men: Days of Future Past’ 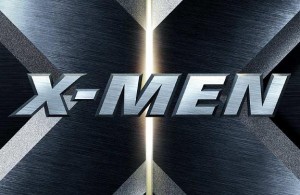 X-Men: Days of Future Past is in pre-production, and director Bryan Singer is getting his ducks in a row. According to a recent tweet, Singer has three new ducks: He has just acquired the talents of Anna Paquin, Shawn Ashmore (both in X-Men, X2, and X-Men: The Last Stand), and Ellen Page (X-Men: The Last Stand), who played Rogue, Iceman, and Kitty Pryde, respectively.

The “Days of Future Past” storyline was a short run (Uncanny X-Men #141-142) but a powerful one. In it, mutants had been rounded up in concentration camps as a result of the Mutant Control Act. The main protagonist of the story was Kitty Pryde, a.k.a. Sprite, a new character who was introduced in #139. (For those of us who were fortunate enough to read the books in order, we were still reeling from the shock of Jean Grey’s death in issue #137 and Scott Summers’ resignation in #138.)

For those of you not well-versed in the comics, this takes place after the events of X-Men: The Last Stand. However, it’s an alternate universe story. Considering that Sir Patrick Stewart, who was killed off in that movie, has also been signed for X-Men: Days of Future Past, well, it’s really, really alternate.

With the addition of these three actors, plus Stewart, it looks as if the film is now chock full o’ talent, with James McAvoy, Ian McKellen, Michael Fassbender, Hugh Jackman, Jennifer Lawrence, and many, many other reprising their roles. Plus, with Singer, who had directed the wonderful X-Men and X2, on board, it already looks like a must-see…

…except that it was written by Simon Kinberg, who brought us the not-so-wonderful X-Men: The Last Stand. (To balance it out, he also wrote Sherlock Holmes.)

I just hope that Singer doesn’t plan to continue the ridiculous Rogue/Iceman/Kitty love triangle. I mean, seriously, Kitty: Colossus is standing right there.