Best Casting News, Ever: Peter Dinklage to Join X-Men: Days of Future Past 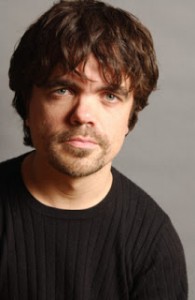 Peter Dinklage, best known to us fantasy fans as Tyrion Lannister (or as specific fans of Tyrion  call him, “Tyrion Effin’ Lannister”), is branching out of Westeros into the dystopian Marvel future. The actor has joined the cast of the upcoming movie, X-Men: Days of Future Past.

However, there’s no word on who Dinklage will be portraying in this X-Men movie, which portrays an alternate reality where mutants have either been killed or placed in concentration camps. For an easy casting move Dinklage, who was born with dwarfism, could play Puck (a person of diminished stature from the Canadian superheroes team, Alpha Flight, who are allied with Wolverine).

However that would be too easy. Dinklage has the acting chops to play anyone. Perhaps a character should be created just for him…?