Blizzard Has Record Revenue in Q3 2012, Thanks to Pandaria and Diablo III 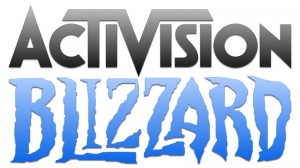 Activision Blizzard released its third quarter 2012 report today, and the news is “better than expected.” In fact, according to the financial results, “the company delivered record GAAP net revenues of $841 million….” Compare this with a mere $754 million, which the Blizz earned in the same quarter in 2011, and it looks like they’re positively farming gold.

Plus, according to the third quarter conference call, this is the third consecutive year where Activision Blizzard has “produced over $1 billion of operating cash flow for the trailing 12-month period ending September 30.”

Blizzard’s success is due in no small part to World of Warcraft: Mists of Pandaria, the newest expansion to Azeroth.

World of Warcraft is the reigning champ of English-language MMORPGs, with an all-time high of 12 million players. But games like Star Wars: The Old Republic may have siphoned off some of those Warcrafters, because those subscriptions dwindled to 9.1 million in August 2012. But thanks to a favorable reaction in the East—according to VentureBeat, one million people were concurrently playing in China—the company now has 10 million gamers vying for some level 90 loot.

But pandas can’t take all the credit for Blizzard’s earnings. Blizzard was boosted by Diablo III, its other big release of the year. Diablo III was the #1 bestselling game on the PC in the U.S. and Europe, both in dollars and in units. Then there was Skylanders: Spyro’s Adventure, which in the U.S. and Europe was not only the best-selling console and handheld game for the first nine months of 2012, but also the best-selling action figure line.

But it’s not all champagne, caviar, and Mechano-hogs at the California-based company. By the third quarter of 2011, Blizzard had earned a GAAP net revenue of $3,348,000. This year, they company has raked in $3,088,000…which means they’re down $360 million year-to-date compared to last year.

CEO Rick Kotick said, “As we look to 2013, we are cautious about business prospects given a continuingly challenged global economy, the ongoing console transition and very difficult year-over-year comparables due to Blizzard’s record-shattering Diablo III sales in 2012.  We expect that over the long-term, we will maintain our leadership position as the world’s leading interactive entertainment company and continue to provide strong returns to our shareholders by delivering great games to audiences around the world.”

In other words, past performance does not guarantee future results. But the masters of the random loot drop should be more than aware of that.