Can’t Make it to the Comic-Con ‘Firefly’ Reunion? The Science Channel Comes to the Rescue 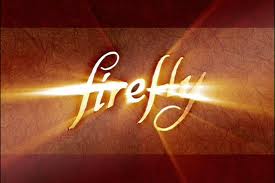 Fans of Firefly, myself included, are still bemoaning the loss of one of our favorite shows ten years since it came and went off the air. A chance to see the cast is absolutely worth the price of the flight to San Diego Comic-Con. But some of us have jobs, pets, and parole restrictions, so that dream of seeing Captain Tightpants on the Firefly panel is only a dream. But wait…the Science Channel knows your frustration. They can’t ask your parole officer to let you out of state. But they can bring the cast of Firefly to you.

The Science Channel, which airs reruns of Firefly, will be filming the Comic-Con reunion, which includes star Nathan Fillion and creator Joss Whedon. The panel, along with footage of a round-table interview, will be collected in a 10-year-anniversary special.

“Firefly is a landmark work of science fiction and a favorite with our viewers,” said Debbie Myers, general manager and executive vp of Science. “Ever since it premiered on Science, fans have asked us to do something special to mark its 10-year anniversary. With this signature celebration, punctuated by Browncoats Unite, we will connect the minds behind this classic franchise with its legions of passionate fans.”

The Firefly special, Browncoats Unite, will air on the Science Channel on November 11…right after an all-day marathon.