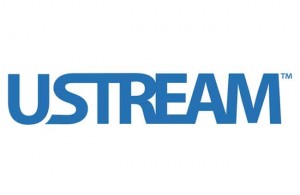 Did you watch the passing of Asteroid 2012 DA14 near Earth last week? Many did—and not just on television. Over eight million people watched it live on Ustream, a video streaming service. That’s more than CNN, MSN, and Fox News combined.

If you’re a gamer who’s not familiar with Ustream, you soon will be. Ustream has recently partnered with Sony to provide gamers with the ability to upload gameplay footage from your soon-to-be-new PlayStation 4.

It’s easy to describe Ustream based on what it isn’t: It’s not YouTube. If you’ve taken some footage of you, your friends, and some wacky fun with a snowboard, Ustream isn’t what you need. But if you want to broadcast the same footage live, Ustream is how you stream.

That goes for gameplay video too.

PlayStation 4 gamers obviously need an ability to record gameplay footage, something PC gamers have been doing for years by installing Fraps and pressing F11. For PS3 players, it currently requires, among other things, an HD video capture card and a half hour of your life you’ll never have back again. And that’s just to record. Uploading to a social network is just another step in a long line of steps to show your friends how awesomely you can take down a zombie through a shot to his brainsss.

Co-founder and CEO Brad Hunstable says that your gameplay footage—up to fifteen minute’s worth according to Sony—can be captured and shared on your social networks the easy way: Instead of recording your gameplay, uploading it to Ustream, then sharing it from Ustream to Facebook or Twitter, “you can do all that directly within the console. The goal of this is to make it simple and easy for people to record and live stream to their friends, wherever they may be watching.”

But is it as simple as pressing a button? Specifically, the new Share button found on upcoming PS4 DualShock controllers? Hunstable neatly sidesteps the question. “When it comes to questions about anatomy, I’ll defer to Sony to communicate those.”

Let’s talk about potential partnerships with other consoles, say, Xbox. Hunstable deflects by saying, “We’re in talks with all the major players in this space, absolutely.” Nicely done, Hunstable. The Russian judges approve.

But this Journo will not be swayed. She pitches the question: Does this means Sony is the only console maker you’ve signed a contract with?

Hunstable backflips into a perfect Journo Avoidance landing. “We have multiple partnerships in the space, but we’re not ready to talk about those.” The crowd applauds.

But the crowd really cheers when Hunstable talks about Ustream’s potential beyond the PlayStation partnership. As a streaming service, it really does the job: Eight million people tuned in to the PlayStation 4 reveal, with one million watching concurrently. “When you think about that, that’s a staggering amount… a proof point that this is a huge space with a massive opportunity, and we’re only the company in the world today that can serve to that scale,” said Hunstable.

And as a potential base for gamers, there’s plenty to see,  and if you feel like it, plenty to do. “We have a product called Ustream Producer. It’s your own production studio. You can change cameras, you can bring in archived footage, you can bring in photos and bring in other callers. It’s a really robust capability that we provide for free.” From there, you can be your own network television show.

As with YouTube, you can find yourself turning your hobby into cash. Gamers—and other non-fun broadcasters–can earn money through AdSense. Then there’s Ustream’s latest feature, announced last week. According to Hunstable, “Any broadcaster…can monetize their content not through advertising but through pay per view.” If you feel like going that route, you can charge what you like. Hunstable said, “Running this as a beta program… we already had broadcasters over the last few years making hundreds of thousands of dollars.”

Of course, your mileage may vary, no matter how fabulous your walkthrough skills are.