Confused about ‘Game of Thrones?’ Watch the Recap Episode 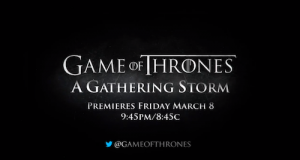 When last we left our antiheroes in Game of Thrones, the Khaleesi of the Dothraki fled the House of the Undying, Osha gave Maester Luwin the gift of mercy, and North of the Wall, the White Walkers  headed south. Got it? If you’re a die-hard fan of the HBO series (and the books by George R.R. Martin), you know all of this–the fates of the Starks, too. But for everyone else, HBO will show a recap episode.

“Everyone else” includes people who have been curious about the HBO series. Although Game of Thrones season 2 saw between 3.3 million to 4.2 million viewers—Entertainment Weekly said season 2 “averag[ed] more than 10.4 million viewers across all repeats and viewing platforms”—the producers would certainly love to add more eyeballs to their hit show. This recap episode will introduce the sprawling plot and the multitude of characters to the people who have never met them before.

But for those of us who already know everything Martin has written about characters like Quaithe of Asshai, the recap episode will also give us clips of the cast and crew discussing the series.

HBO will be airing the recap episode Friday, March 8th at 9:45PM. Alas, it only runs 15 minutes…hardly enough time to show how awesome Tyrion Lannister is, let alone Daenerys.