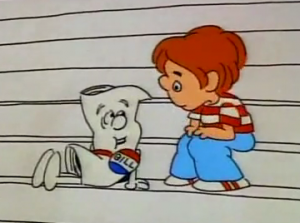 Are you fed up with piracy acts with scorched-earth tactics like SOPA and PIPA—or secretly negotiated agreements like ACTA? Do you wonder why we the people don’t propose our own laws, rather than just react whenever these bills slouch toward Congress to be born? Wouldn’t you like a place where you and a few like-minded amateur lawmakers could get together and do it right? If you said yes, Public Knowledge (PK) has a site for you.

Today PK has debuted the Internet Blueprint, a site for those technologically and politically inclined to gather ideas. Harold Feld, legal director of PK, said, “The idea is to use the power of the Internet community, combined with the expertise of folks who work in Washington on a regular basis, to draft actual bills that members of Congress can support and introduce.”

Feld also said that certain senators and members of Congress “have shown themselves to be people who care about technology and want to see policy be tech enabling, rather than [[obstructive]].” He said that some might be receptive to certain proposals.

Think about it. We can draft our own bills, and after vetting by the community, PK will work to put them in the right hands. Everybody, except Hollywood interest groups, wins.

Here’s how it works: Go to the site and click on one of the several proposed bills. From there, you can vote it up or down. Better yet, you can even comment on them, suggest your own clauses…and even submit your own proposals. (PK will translate your words into Legalese for you.)

Currently, PK has seeded the site with ideas close to its digital heart, for example, PK would like copyright length to be shortened by twenty years (currently, it extends to the lifetime of the author plus 70 years).

Note: Feld said, “This is a PK site and therefore we want things that reflect our mission and what we think is right for the Internet,” so you won’t be able to suggest a bill to, say, make National Ice Cream Day a legal holiday. “We’re exercising a certain level of mediation here. It’s not a totally open crowd source; it’s more like a guided conversation.”

As PK wrote, “The ultimate demise of SOPA and PIPA proved that the internet-using public can rise up and say ‘NO’ to really bad ideas. But in the weeks following, the question has been, ‘if you don’t like SOPA and PIPA, then where are your ideas?’”

Now here’s your opportunity to share your ideas and create laws that work for you. And one day, your proposal could very well become a bill. Fans of Schoolhouse Rock’s “I’m Just a Bill” will be so proud.