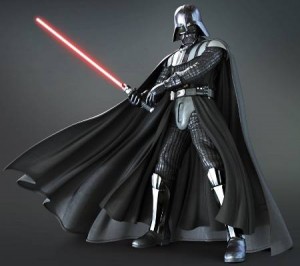 The Internet is full of awesome “I quit” stories, but not much tops Greg Smith’s departure from investment firm Goldman Sachs: he published his motives for leaving in the New York Times’ op-ed section. One of his many reasons? “The environment now is as toxic and destructive as I have ever seen it.” Well, Darth Vader also agreed that he didn’t like the change in the culture of his beloved Empire. So he too resigned.

In a brilliant parody in The Daily Mash–a British site with the same anarchic sensibility as The Onion (but with warmer beer)–Darth Vader lays out his reasons for quitting. For example,

The Empire today has become too much about shortcuts and not enough about remote strangulation. It just doesn’t feel right to me anymore.

Like Smith, Vader started strong in his career of choice. He and Smith both “recruited and mentored candidates.” (Unlike Smith, some of Vader’s candidates were his “secret children.”)

Another point Smith and Lord Vader have in common: they dislike doing work they no longer believe in. But although Vader’s departure was abrupt, it took Smith twelve years before he resigned. Smith wrote,

I knew it was time to leave when I realized I could no longer look students in the eye and tell them what a great place this was to work.

You can almost hear Smith crying, “Search your feelings, Goldman employees—you know it to be true.”

As Smith probably knows, many finance companies will be reluctant to hire an employee who exits in such a public manner. But if he’s lucky enough to land a job, he would likely work in a bank that he respects, with culture that emphasizes helping clients rather than “mak[ing] the most possible money off of them.” I look forward to seeing where his next job takes him.

As for Vader, he always has his career as a pod racer to fall back on.

(Thanks to Esther Schindler.)