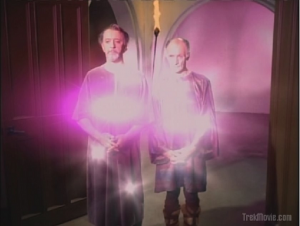 At the Global Future 2045 conference (GF2045) in New York City on June 15-16, 2013, emcee Philippe van Nedervelde said, “It used to be that the only sure things are death and taxes. Soon, it will just be taxes. And if we get to live and prosper forever, perhaps even taxes will one day go the way of the Dodo too.” His statement was met with laughter.

Who wants to live forever? The attendees of the GF2045  do, and these neuroscientists, neuroengineers, and futurists are dedicating their considerable resources to everlasting life.  But no one is more dedicated than Dmitry Itskov, the Russian entrepreneur who founded GF2045, as well as a public science project dedicated to exceeding the natural lifetime warranty of the body…then replacing the need for a body altogether.

I met with Itskov after the event and spoke with him about immortality—and his considerable resources. The New York Times writes that he has spent $3 million on this project and “he is ready to spend much more.” Itskov, who became a multimillionaire after the success of his start-up, New Media Stars, declined to give specifics about his finances. But he’s quick to acknowledge its importance:

“Money is a kind of energy. This energy can help to transform your vision into something real, something you can touch. I understand that money is essential. But in parallel, there is the energy of the idea. It can unite more than the richest people in this world,” he said.

His particular idea is a four-part attack against death, known as the Avatar Project. Avatar A will be achieved with the creation of a robot that can be controlled by our brains; Avatar B will be achieved when a brain can be transplanted to a synthetic body; Avatar C will be achieved after the contents of a person’s brain can be uploaded into a synthetic one. The project will end with the completion of Avatar D—the creation of a hologram that will replace bodies completely. (Itskov hopes to achieve this last milestone by 2045.)

It seems like an outlandish concept, to upload our consciousness into holographs, reminiscent of the Organians in the Star Trek episode “Errand of Mercy,” who evolved beyond the need for physical form.

However, Itskov’s roadmap has united visionaries such as roboticist Hiroshi Ishiguro; Google director of engineering, Ray Kurzweil; and chairman of the X-Prize Foundation, Peter Diamandis, who have supported Itskov’s goal in their GF2045 lectures.

But other lectures focused on the mind—that is, our consciousness—rather than the brain. Because of this focus, Itskov’s most impressive seal of approval comes from the Dalai Lama, who supports his efforts. In a press release, the Dalai Lama said, “We should carry out these experiments with a full sense of responsibility and respect for life that will only benefit humanity, benefit others.”

Because the Avatar Project’s goal is to extend life, critics could point out that this may increase suffering by depleting the planet’s resources. On the contrary, Itskov explained. He sees this as antidote to the world’s problems.

Itskov said, “We won’t need shelter anymore. It will become a cultural aspect, not something without which we can live. We won’t need to consume resources that we consume now. This body won’t depend on food. Health care would be focused on the repairing of the new artificial body and not the biological system.”

Itskov isn’t the only one interested in the brain. President Obama recently launched the BRAIN (Brain Research through Advancing Innovative Technologies) initiative to better understand the most complex organ in our bodies, including the diseases that attack it.

But even if we transfer our brains into a synthetic body, won’t it stand to reason that we can still suffer from neurodegenerative diseases, such as Alzheimer’s? Itskov doesn’t have an answer, but he speculates, “Maybe if we put the biological brain into a perfect life support system, there will be no degenerative disease. And if we have those, it’ll be easier to treat the brain, rather than the brain and the body.”

For those of you who find it hard to wrap your head around the idea of synthetic brains and bodies of light, consider that cars, airplanes, and even the bionic hand sported by attendee Nigel Ackland were once deemed pure science fiction.

Time will tell if Itskov is considered a visionary or a pie-in-the-sky thinker. When you consider that he plans to make this technology not only achievable but also affordable to everyone, he is at least a dreamer who dreams big. And he hopes to be doing so for a long, long time.