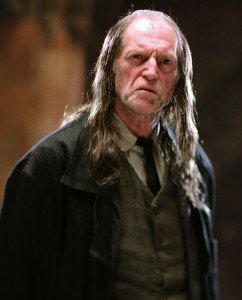 Doctor Who wasn’t the first science fiction show in Britain, but it is the longest lasting. And it started with a feasibility study back in March 1962. I know this because I read it in Wikipedia. But we’re going to learn about this—and much more—in the upcoming made-for-TV movie, An Adventure in Space and Time, about the origins of the television show.

BBC America, which is co-producing the film with BBC Cymru Wales, has announced that David Bradley (The Harry Potter series) will play William Hartnell (better known as the First Doctor), Jessica Raine (who will appear in the upcoming episode “Phantom of the Hex”) will play producer Verity Lambert, and Brian Cox (X2, Rise of the Planet of the Apes) will play Sydney Newman, who was the head of drama at the BBC.

This will be produced by current Doctor Who producers Steven Moffat and Caroline Skinner, along with Mark Gatiss, who is also the writer.

What should we expect to see in this behind-the-scenes look at the making of Doctor Who? As we know from history, Verity Lambert was not the first choice to produce the science fiction show, as she had had no experience. I would love to see more about the young, inexperienced, and female Lambert trying to succeed in 1963. Maybe we’ll get a cross between Doctor Who and Mad Men.

I just hope that Bradley will do as fine a job playing the First Doctor as Richard Hurndall did in the 1983 episode “The Five Doctors.”

An Adventure in Space and Time will begin filming in February and will air on an unspecified date in 2013.