Don’t Let 38 Studios Sour You: Video Games Are Good for Your State’s Economy 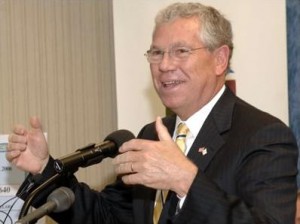 Videogame company 38 Studios, makers of Kingdoms of Amalur: Reckoning and an upcoming MMORPG set in that game’s universe has recently collapsed, leaving $90 million in unpaid principal and interest to the state of Rhode Island. (And let’s not forget those 413 employees in R.I. and Maryland who were suddenly laid off without pay.) The Ocean State had loaned 38 Studios $75 million in 2010 as a way to lure the company away from its base in Massachusetts: part of a plan by former governor Donald Carcieri to turn Rhode Island into a video game hub. Yes, this particular venture may be ending badly, but the former governor’s plan was sound:

Although industries like manufacturing are on the decline, The New York Times wrote that the video game industry is growing and “is expected to continue growing at a rapid pace for several years to come, with game-related spending reaching $112 billion by 2015.”

According to a 2010 report, the Entertainment Software Association wrote that several states have earned hundreds of millions of dollars from the video games industry.

– Massachusetts: The industry added “more than $180 million to the commonwealth’s economy in 2009.”

Carcieri wasn’t the only governor to recognize a good thing when he saw it. North Carolina too is trying to get a slice of that health-bar-generating pie. But the southern state is taking a different—and more fiscally sound—approach.

Yesterday North Carolina Governor Beverly Perdue signed into law new tax incentives for the videogame industry, among other things. The bill, H1973, was signed at Epic Games headquarters in Cary, North Carolina. The new incentives grant media and content producers a tax credit of 15 percent – 20 percent if they work with a university or community college – on development costs that exceed $50,000. The tax credit can not exceed $7.5 million. [Emphasis mine.]

In other words, they’re enticing companies to create their digital wares North Carolina with tax breaks, rather than with more risky loans. And those tax credits will be capped, so North Carolinans will benefit from a games company’s success.

Americans, the next time your governor says, “Let’s entice the video game industry to our state,” tell him/her that $75 million is more than a little excessive for a loan. But understand that this industry can possibly bolster your economy by millions of dollars. And say, “Welcome.”