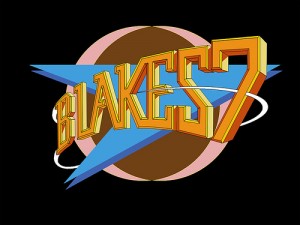 Blake’s 7 was a British science fiction show that ran four seasons starting in 1978. It was low on budget, high on eyeshadow, and contained lines like, “May you die alone and silent.” I loved it passionately. And in news that made me realize that I’ve been nursing a 30-year-old TV crush, it may get a remake on the SyFy Channel.

According to Deadline, “Blake’s 7 has a script-to-series commitment, meaning that if Syfy likes the script, it will greenlight the project as a 13-episode series.”

io9 wrote a very good piece asking will the Blake’s 7 reboot be as dark as Battlestar Galactica? But honestly, the right question is, will it be as dark as itself?

Blake’s 7 was the anti-Star Trek, a show about freedom fighters who are battling a Federation that happens to be oppressive and authoritarian. Here, the characters were not friends. In fact, they actively disliked each other: In my favorite episode, the bitterly cynical computer expert, Avon (Paul Darrow), tries to hunt and kill the wily thief, Vila (Michael Keating). Why? Because their ship was too overweight to achieve orbit by 73 kilos. Vila was 70 kilos.

That was one stand-out moment, but it was far from the only one. Our hero Blake was sent to prison on trumped-up charges of child molestation. Oh yes, that was episode one.

But just because it was dark, it doesn’t mean that it was always great. Even I recognize what io9 pointed out,

The visual effects in Blake’s 7 are so terrible, they make 1970s Doctor Who look like Avatar. The original show sometimes drops inconvenient plotlines — like the one about Blake being a convicted pedophile — and pretends they never existed. Stuff just drops into the good guys’ laps sometimes, including the fastest spaceship in the galaxy and the only supercomputer in existence.

But it was an extremely entertaining show, an antidote for the happy-go-lucky band of brothers that we tend to see in space shows. True, in Firefly Jayne sold out his fellow travelers, but we never got a sense that he was evil, just dumb. In Blake’s 7, we never got a sense that the characters were evil, either. However, they were all extremely calculating and self-serving. Practically bitchy.

Compare this to the original Battlestar Galactica, a show also from 1978, and it’s easy to see which was the more adult, more interesting show on television at the time. And if Battlestar Galactica could get a reboot with a darker, grittier take, just imagine what Blake’s 7 might be like with the same dark tone but a better budget.

This comes soon after the news that Darrow has written a second tie-in book. Which immediately leads me to wonder: Who would be the ideal pick for Avon and Vila (the most important characters in the original), and if Richard Hatch can get a role in both Battlestars, surely there’s room for Darrow and the equally talented Keating in a Blake’s 7 reboot?