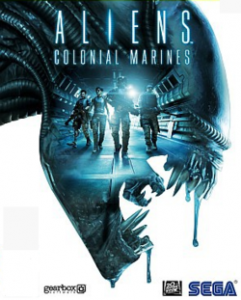 When I spoke with Randy Pitchford, Gearbox CEO and major Aliens franchise fan, it wasn’t long before he landed the first dropship of awesome in my lap: He told me that the upcoming FPS, Aliens: Colonial Marines (A:CM), is a continuation of the first three Aliens films. It takes place shortly after the events of Aliens and Alien 3, and it’s fabulously and officially 20th Century Fox-approved canon.

If that weren’t awesome enough, Pitchford revealed that Lance Henriksen is reprising his role as Bishop, the “artificial person” from Aliens who helped Ellen Ripley in her personal vendetta against all things acid-blooded, because synthetics are standard operating procedure for every mission, marine! With this news, I’m the happiest xenomorph-aphile, ever.

Pitchford said that Henriksen isn’t the only guest star we’ll be hearing from Aliens either. Is it Sigourney Weaver, who played Ellen Ripley? Michael Biehn, who played Corporal Hicks? Pitchford kept mum, damn him.

Not only that, but Gearbox has been in contact with Ridley Scott to discuss details between A:CM and Scott’s upcoming future classic, Prometheus. What details? Pitchford wouldn’t say, double damn him. But he commented:

“It was probable that the first meeting that Colonial Marines director Brian Martell had with Ridley Scott long before the project [started that]…not only inspired and led to what became the Colonial Marines project but also led to Prometheus.”

Do I have to decapitate him and hook his head up to electrodes to make him tell me more? Before I can weigh my options, Pitchford distracts me with a question:

“Do you remember in the second film there was a moment when Ripley asks Corporal Hicks, ‘How long after we’re declared overdue can we expect a rescue?’ and Corporal Hicks replied, ‘Seventeen days.’”

A:CM will put us in the standard-issue boots of Corporal Winters, who has arrived at LV-426 in the Sephora (a military vessel of the same Conestoga class as the Sulaco) with a battalion force of four hundred—let’s face it, probably doomed—marines. Battalion aside, we mostly interact with our squad. Pitchford said, “The Colonial Marines are organized very similarly to how they were in the film, so there will be a lieutenant like Gorman, and there’s a sergeant like Apone.” There’s even a love interest in the form of Bella, the pilot.

But all is not five-by-five on LV-426. Pitchford said, “The marines…find that all kinds of havoc has taken place. There’s been an atomic event on the surface, the atmospheric processor blew, the Sulaco has been boarded, and something has gone terribly wrong there.” The marines soon learn that Weyland-Yutani Corporation–a.k.a. “The Company,” the ethically challenged builders of deep space refinery vessels, atmospheric processing plants, and artificial persons–has also sent a team. They’re currently exploring a derelict alien vessel, one thousand kilometers away from the colony.

Along with the serious marine-on-Alien FPS action, we can also expect some tension between the military and Weyland-Yutani. Pitchford said,

“The Weyland-Yutani Corporation’s interests have diverged from the military interest. The military [wants to] shut down and eliminate this threat, whereas the corporation hopes to capture and it, study it, and turn it into some thing that can be monetized…. These interests become mutually exclusive.”