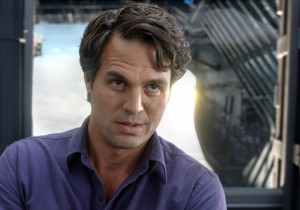 The Avengers is far and away the best of these Marvel movies, with its snappy dialog, its terrific character interaction, and its full-on Joss Whedon-ess. (For a review, read this from Mark Hughes.) Sure, it has action and special effects. But it has more than that: it has these wonderful characters who have been made even more wonderful just by being in the same room together. It’s the character interactions, and the closer look at the emotional make-up of the cast, that carries the film from standard superhero action-fest to a truly engaging experience.

The film contains moments of genuine surprise and humor (the audience was startled into laughter on more than once occasion at the screening I attended) that all too many other action films totally and utterly fail to deliver on—all of it character driven. These moments made us think, “Yes, that is totally what Thor/The Hulk/Iron Man would do.” Surprising the audience with behavior we’d expect of a character? Now, that’s genius at work.

Some of these characters get to shine in ways that they didn’t in their own origin movies. Here’s a look at five characters (The Hulk, Black Widow, Iron Man, Captain America, and Agent Phil Coulson) that were better for their Avengers experience:

In The Incredible Hulk, Dr. Bruce Banner, played by Edward Norton, spends much of the movie searching for a cure for what ails him: a green hulking monster that lies beneath his skin, only to erupt whenever his anger does. At the end of the film, Banner lives alone while learning how to control his Hulkness.

No-one is clearer evidence of, and benefits most from, becoming a team player than Banner. The tragic gentility of Banner when he is not the Hulk was extremely compelling—the world-weary doctor was actually my favorite character—even despite the significant large-scale events in which he finds himself embroiled.

Ruffalo played Banner from the inside-out: a man so self-observant and wary that he has to add a warning label to the most simple interactions. While Norton wanted to cure himself of his Hulkness, Ruffalo’s Banner has embraced his removal from society.

So when he’s interacting with characters such as Tony Stark, he’s pleasantly distant. Then he becomes engaged. And then comes the inevitable result of dealing with a secret organization whose intentions are equally furtive.

Because of teamwork, Banner was drawn out of his thick green shell and helped save the world.

There’s a reason I never cared for Scarlett Johansson’s performance as Natasha Romanov/Black Widow in Iron Man 2: only half of it was Johannson; the rest, obviously, was her stuntperson. She had little dialog and less character. You could argue this stealthy approach made her the perfect spy/assassin. I say this made her the perfect place setting.

Romanov blossoms when she’s given meaningful dialog and decent interpersonal communication. Also, her friendship with Hawkeye saves his life. Although he was actively trying to kill her (his mind was subsumed by Loki), she’s determined to take him alive instead. She tells Loki outright that her association with Hawkeye isn’t love, and she doesn’t even admit to friendship, but she does insist that she owes him. She doesn’t like unpaid debts.

Also, she has a secret power that’s unique to all other superheroes: Black Widow is an awesome listener.

In the origin movies:

Everything that was wrong about Tony Stark can be summed up in this video, which you can find here.

What was wrong with this video, which was filmed as the intro to Iron Man 2 yet not used? Nothing. It’s terrific. It starts with Stark face-down in a toilet bowl and continues with him rebuffing Pepper’s attempts to give him Motrin. (“I’m not on my cycle!”)

Compare that to the opening scene that was used in the theaters, where Tony is dangerously close to caricature.

The Avengers doesn’t change his arrogance, but the film does temper it with his intellect. In this film, you can believe he’s capable of actually applying his mind to a problem and focused enough to deliver on it. He’s still egotistic to the point that it’s a wonder Captain America doesn’t punch him (ever the gentleman, Cap won’t do it unless Stark first dons the Iron Man suit). But here he’s genuinely likable.

In his own adventure, Steve Rogers is chosen for the super-soldier project because he was a good person. To begin with, he’s mostly a shill for war bonds, and later, Captain America goes off on his own to rescue his pal Bucky Barnes. But essentially, Cap is a soldier who takes orders.

Stark leads him to realize that S.H.I.E.L.D. has its own agenda, one that he might not want to be a part of. Later, with his newfound frenemies, he doesn’t take orders…he gives them. Not only that, he puts his teammates in positions where they can use their strengths to the best of their abilities. (“Hulk, smash.”) Thanks to Joss Whedon, he’s a confident leader.

In the origin movies:

In the previous films, Agent Coulson, played by the fabulous Clark Gregg (see his hilarious video on Agent Coulson’s Greatest Moments, here) was just a guy in a suit, one who had no problems grabbing up all of Jane Foster’s research for S.H.I.E.L.D. With only a few brief exchanges, we assumed that Coulson was a get-it-done yes-man with little to no personality.

Coulson’s gotcher personality right here. He goes from serious agent to gushing fanboy in a moment’s notice, and he motivates the team with his good-guy attitude. And, ya know, his touching (and don’t-say-I-didn’t-warn-you) death scene.