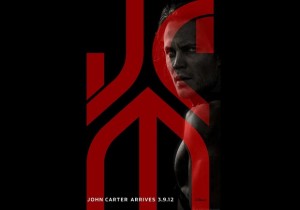 At last, things are looking up for John Carter. I spent yesterday bemoaning the lack of decent advertising for the upcoming film, a misstep that could cost Disney millions. After all, who could ever be enticed into seeing a movie with a poster that either conveys no information or is utterly bland? It smacks of a lack of confidence in their product.

As of the release of the newest poster, I see I’ve been pleasantly mistaken. The poster has managed to capture the wonder of the book that John Carter is based on, A Princess of Mars, which Edgar Rice Burroughs started before he dove into his other successful series, Tarzan. Finally, Disney’s advertisers are on track.

I fervently hope that the movie conveys the same sense of wonder.

Here’s a look at the four main John Carter posters.