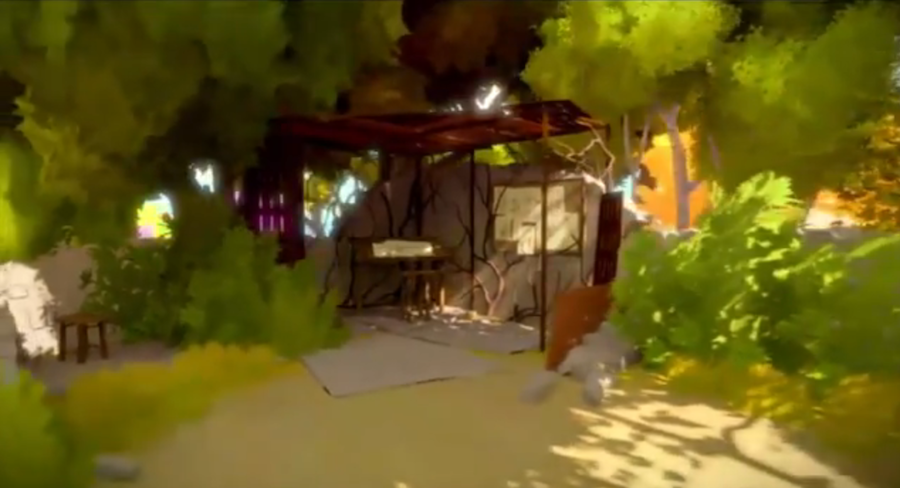 There were game trailers and demos aplenty at the Sony PlayStation 4 event last night, a fabulous feast for the eyes. In part one of this article, I mentioned four games that Sony is bringing to the PlayStation 4. Here’s part two, below.

Notice that these games are a good blend of genres. This means there really will be something for everyone. Despite graphics that don’t seem far removed from the PS3, The Witness is on the top of my must-play list. Why? It’s so Myst-like—it takes place on an island, fer chrissakes—that it reminds me that I haven’t played a puzzle game like this since Myst V: End of Ages back in 2005. With one brief trailer, The Witness already looks like a long-lost friend.

The Witness, according to Jonathan Blow (creator of the fabulous Braid), takes place in an open world. “But whereas most open world games make their world as big as possible, we’re making the game as compact as possible.” There are three or four destinations from every point in which you stand, with new scenery every few feet.

Blow says that The Witness will give us twenty-five hours of glorious gameplay. I can’t wait.

The dragon-slaying fantasy game Deep Down is so stunning to look at, it’s positively otherwordly. I had first thought Killzone: Shadow Fall looked epic. That was nothing. Every flicker of a torch, every smudge of dirt on the characters’ faces come to life, thanks to Capcom’s new game engine, Panta Rhei,

As I wrote during the PlayStation 4 event, “Seriously, what an awesome-looking game. And I thought PS3 games looked good. Now PS3 games will feel sadly outdated from now on. Take THAT, the past. The present is here, shoveling dirt on your grave.”

Like inFamous: Second Son, Watch Dogs is an open-world action adventure game that highlights the idea of surveillance. But while in inFamous, we’re constantly under watch, in Watch Dogs, we’re the ones observing and shadowing.

Learning, too: We could instantly pull up a dossier on the people we encountered. For example, we learned that a homeless man was an Iraq war veteran, and a woman in passing had recently been evicted.

We also saw a crime being committed. I suppose we’re heroes, because we intervened on behalf of the victim, but it’s not clear if we can ignore the crime or not. But we’re also not particularly heroic either: We swiped someone’s identity and withdrew a tidy sum from a nearby ATM. Watch Dogs looks like sneaky, fabulous fun. Chris Metzen, Senior VP of story development for Blizzard, said, “Blizzard and Sony are announcing a strategic partnership through which we will take over the world.”

And for a minute there, I had thought Metzen was announcing a new PlayStation-based IP. What a sucker I am. No, Metzen was merely announcing Blizzard III for both the PS3 and PS4.

But Diablo III for the PS4 will have four-player co-op. Metzen said the result is “One couch to rule them all.” Maybe not all. Maybe just Sanctuary.