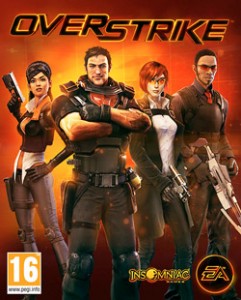 Insomniac Games is the maker of the highly playable series, Ratchet & Clank (R&C). And when I think of R&C, I think of snappy dialog, a plethora of humorous weapons, a wonderful variety of gameplay…and a younger audience. Yes, the R&C games can be enjoyed by all ages, but when the ESRB calls their PS3-era games suitable for 10-year-olds, I thought that number sounded just right. But as you can see from the trailer below, Insomniac Games‘ new non-R&C outing, Fuse, has a more mature audience in its crosshairs.

In fact, when seen through a certain lens, Fuse is a great deal like R&C, with snappy dialog, a plethora of weapons, and what looks like a good variety of gameplay. But unlike R&C, it’s a great deal bloodier and violent. (The game is currently not ESRB rated, but according to the cover art shown on Wikipedia, it’s been given a PEGI rating of 16.)

This doesn’t mean it won’t be good. It just means you might want to think twice before getting this game for the kiddies.

Fuse is an action game with four-player co-op and will be coming to your PS3 and Xbox in March 2013.Check it out.