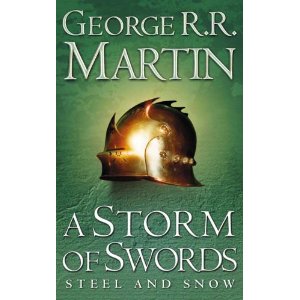 If you’ve read the George R.R. Martin series, “A Song of Ice and Fire,” the basis for the HBO television series, Game of Thrones, you’d know that a multitude of characters have been written out of the show. Producers David Benioff and Dan Weiss did it to keep the story simple. But in season 3, they’re going to show us just how wonderfully complex the series is by introducing a few of the ones who got left behind.

The producers eased off on introducing new characters in Season 2 for a reason. According to EW, Benioff said,

“If you hurl 300 characters at an audience, the story collapses under the weight of too many faces, too many names, and too many subplots. We need to be just as mindful of the audience members who have never read the books as we are of the readers; the series will fail if we only appeal to those who already know the characters. So we try to be parsimonious about how many new roles we introduce to the story and when we introduce them.”

Some of these characters feature heavily in the second book of the series, A Clash of Kings, whose storylines are the basis for Game of Thrones’ season 2. Other characters don’t actually appear until book 3, A Storm of Swords, which will play out in seasons 3 and 4.

Here are some of the characters that will soon become familiar faces:

Grandmother to the recently widowed Margaery Tyrell, she’s old and physically frail yet mentally sharp. But there’s a reason they call her the Queen of Thorns: she’s awfully prickly. She interacts with Sansa Stark.

The children of an ally of House Stark, Meera is capable and competent fighter, and Jojen is…something more. They interact with Brandon Stark.

The attractive Daario is captain of the mercenary company, the Stormcrows. He interacts with Daenerys.

Catelyn’s brother and the head of House Tully, now that his father is ill. He interacts with Robb and Catelyn Stark.

Catelyn Stark’s uncle, he was the black sheep of the family. But since the family crest is the fish, he goes by the nickname “Blackfish.” He interacts with Robb and Catelyn Stark.

A former member of the Night Watch, he’s joined the Wildings and become King of the North. He interacts with Jon Snow.

A Wildling. He interacts with Jon Snow.

King Stannis Baratheon’s wife and daughter. Selyse worships R’hllor, but her marriage to Stannis is unloving. Their daughter survived the disease called Greyscale, which has left her face scarred.

A knight who was sent out by Eddard Stark in season 1 to capture Gregor (“the Mountain”) Clegane, who had been raiding villages after Tyrion was captured by Catelyn Stark. I don’t want to say who he interacts with.

A warrior priest of the R’hllor, the Red God, in the books, he was sent out with Beric to capture Gregor.