Gay Gamers to Hold Their Own ‘Gaymer’ Convention 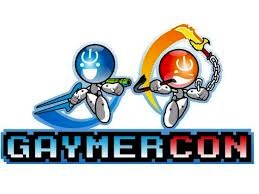 Sean Newboy had difficulties defeating a foe in World of Warcraft, “[s]o I put out a call in general chat for some help and this male character joined me.” Soon they started talking, and the man soon asked Newboy if he had a girlfriend. Newboy told him that he actually had a boyfriend.

“Chat goes silent…. Then it got surreal.” Suddenly, the previously friendly man had turned hostile. “He then started running away in the game and saying in area chat, ‘Stay away from me, fag!’”

Newboy is only one of many homosexual gamers to have suffered from discrimination, both online and IRL. But soon he’ll have people he can share war(craft) stories with in meatspace:

It took a mere four days, but GaymerCon, by way of Kickstarter, earned its $25,000 (and counting) in funding, thanks to donors who want to the gay/lesbian/bisexual/transexual/queer subculture earn a convention achievement. On August 3-4, 2013, gaymers who think that Princess Peach would be better off with Zelda, or that male Shephard should romance Kaiden Alenko, will be meeting in San Francisco to educate and inspire a game-playing audience who happen to be GLBTQ.

“GaymerCon is important because gaming is a HUGE industry, one that is larger than movies or TV at over $11B per year spent, and yet, for example, there has never been a major release of a game that has had a gay or lesbian main protagonist, and games that have tried to provide even simple options (like Mass Effect 3) have been met with heavy protest. We believe…the gamer culture, overall and as a whole, is still very focused on the middle class, young white male demographic which seems to dominate all marketing and product decisions. We want to break through some of those walls, and show the true spectrum of gamers that exist.”

Voice actors Ellen McLain (the voice of GLaDOS in Portal) and John Lowry (the voice of the sniper in Team Fortress 2) have given their vocal and visual support on YouTube. “Killing you and giving you good advice aren’t mutually exclusive,” quipped McLain.

But not everyone is as enlightened as they are, and there ample hostile comments on YouTube. For example, Outfishing92 wrote in the comments of Lowry’s clip,

I’m glad people online aren’t tolerant of gay gamers. You DESERVE to be ostracized if you feel the need to tell people your SEXUAL PREFERENCE while playing VIDEO GAMES.
It’s just as bad as being a GAYMER GURRL.
– Outfishin92

Which pretty much proves Gaymercon creator and creative director Matt Conn’s point: “We want to provide a safe space for people.” And when he says “people,” he means “Gay, Black, Latino, Lesbian, Asian…Lawyers.” (Egads, lawyers. Now I know Gaymercon is serious about  community building.)

Conn said he was inspired to create Gaymercon when he discovered the Gaymer Subreddit. “[Gaymers] hide their geekiness when they’re around other gay people, and they hide their gayness around other geeky people…. Because of Reddit I was able to find 14,000 [gaymers] and growing, and for the first time, I can be myself and come as I am. I almost felt that I had come out again.”

Conn also believes, “It’s really important to show the gaming community how much of a large segment there is. People don’t realize how many non-traditional gamers there are, because they don’t make themselves as loud as other people in the community. It’s important that these game companies and communities realize that there is a diversity, and with that will come more diverse characters and game selections. We’re beginning to see that with options in Mass Effect, but it’s still just the beginning.”

However, not everyone feels the same way.

As Xalts, a commenter on Reddit, said, “Making safe places for minorities is fine. Doing so by specification is separating them further from the majority.”

However, Conn refutes this. “That’s not the case. We want to add our voice to the mainstream gaming world. But there has to be a place where you can attend with your boyfriend, or your transgendered girlfriend, or just be a girl and not be harassed.”

The venue hasn’t been chosen yet, and the only way to purchase an advanced ticket is through Kickstarter, by donating $30 to the cause. The more people who contribute, the better the venue and the more exciting the Guest of Honor.

May I suggest John Barrowman? Or George Takei? Or Neil Patrick Harris? Or better yet, all of them.