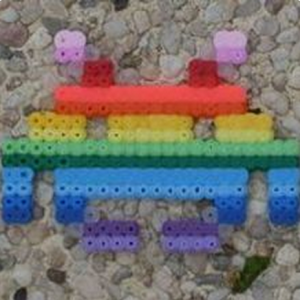 Last August, a group of LBGTQ gamers created a Kickstarter project to fund a gaming convention for people of all colors on the rainbow flag and their allies. With a $25,000 target, GaymerX 2013 raised $91,000. Now GaymerConnect is back [UPDATED] producer Anne Clements has created a Kickstarter campaign to document the creators of GaymerConnect, as well as other gay gamers (gaymers) and industry insiders. Gaming in Color promises to “show you the queer side of gaming. The good, the bad, the FABULOUS!”

“Lets face it. With the amount of sex appeal in the form of busty women and the protagonists being depicted as stubbly white men, its clear who most popular titles are made for. For the most part, the market believes all gamers are cast from the same mold. Straight, white men in their twenties.

“The gaming world is far more diverse than the media would have you think. To counter this, we’ll be documenting the experiences of LGBT and women gamers / game developers to introduce perspectives you may not have seen before.”

GaymerConnect Clements already has some preliminary footage on her Kickstarter page. The producer explains up front why this documentary is important: “The global video game industry…[is] the fastest growing part of the international media sector. But it still has a long way to go.” Gaming in Color will be defining what “a long way to go” means in terms of representing non-heterosexual relationships, as well as the need to provide a safe space for gaymers.

For gaymer Erica (a.k.a. Ai Rika) a former bullied child, “Videogames was what really made able to deal with some of the mean things that kids said or did.”

Worse, after surviving the hazards of a gay, geeky adolescence, these gaymers go on to experience harassment in the virtual world—kind of like walking out of a hospital after getting hit by a bus, only to get run down by a moped.

This documentary won’t just follow gaymers who embrace their sexual preferences while nurturing their Pokemon habit. In a telephone conversation, Kayce Brown, the co-founder and director of business development of GaymerConnect, [UPDATE: who appears in the documentary], told me, “The documentary is about the rise of the gay gamer, and how [the gaymer presence online has] been growing in the last several years.” The documentary will also address “bullying and homophobia in the game community.”

Gaming in Color is looking for $125,000 in contributions.