George R.R. Martin Releases a New Chapter in the ‘Game of Thrones’ Series 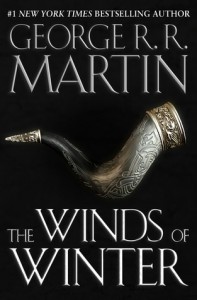 Good, no, great news, fans of George R.R. Martin’s series “A Song of Ice and Fire” (which I refer to in the title as “Game of Thrones” for the purpose of aggregation only): For those of us who have been dying in anticipation since the release of A Dance with Dragons, Martin is reviving us with another advanced chapter of The Winds of Winter. But there’s a catch….

Instead of joining the previous sample chapter, from the point of view of Theon Greyjoy, this new chapter, about Arianne Martell (a character mentioned in passing in A Storm of Swords but introduced in A Feast for Crows), replaces it altogether. All referring links to Theon’s chapter lead back to Arianne.

It’s a pity, because Theon’s chapter was…engaging. (<–I’m keeping this as spoiler-free as I can.)

According to Wikipedia, Theon’s and Arianne’s chapters are not the only ones Martin has made public. At science fiction conventions in 2012, Martin has read from chapters from the points of view of Tyrion Lannister and Theon’s uncle, Victarion Greyjoy.

You can read the new chapter here.

Enjoy. I know I have.

Note for fans who have read all of the books: Look at the artwork on the cover! Look!