Girl Scouts Will ‘Be Prepared’ to Create Videogames 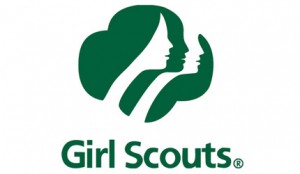 Girl Scouts isn’t just for girls who who really like toasting marshmallows over an open campfire while telling creepy tales about babysitters and the stalker who is calling them…from inside the house. It’s for girls who like to learn important skills—such as basic website design, automotive maintenance, and even local food sourcing—then earn badges for their accomplishments. The newest is something I would have loved to add to my sash: a videogame patch.

According to NBC News, Girl Scouts in the greater Los Angeles area can earn a patch for videogame design and creation. (Note: Patches are earned locally; badges are earned nationally.)

The program will…require Girl Scout members to actually learn how to program for games, rather than just design them. The GSGLA will use a custom version of Gamestar Mechanic, a video game published by partner organization E-Line that teaches children how to design their own video games, to track Girl Scout members’ progress and they start to build their own games.

This patch was created in a partnership with Women in Games International, an organization founded in 2005 to answer the questions, “Why aren’t there more women developing videogames?” and “What can we do about it?”

Last month, Boy Scouts were given the opportunity to earn their own videogame badge by analyzing and designing games. However, Girl Scouts one-up the boys by having to develop their own videogames, rather than merely design them. Girl Scouts can also earn a non-digital “Game Visionary” badge, as well as other technology-related badges. (And now my 12-year-old self is incredibly jealous of today’s troopers.)

This patch is local to Los Angeles troops for fourth to sixth graders–typically from the ages of 9 to 11–but if successful, girls in troops across the country will be designing their own heroes.

Other examples of local patches are the Lobster patch for Maine girls, an I Love Minnesota patch for North Star girls, and the second-best patch after the videogame one: the Blow-Em-Up Good patch for T.N.T and fireworks safety, for the lucky, lucky scouts of Eastern Washington & Northern Idaho.

Girl Scouts of the USA, an organization to teach life skills to girls, was founded in 1912. Currently, there are 2.2 million active girl scouts.