Glimpse ‘Doctor Who’ Season to Come in Shattered Glass 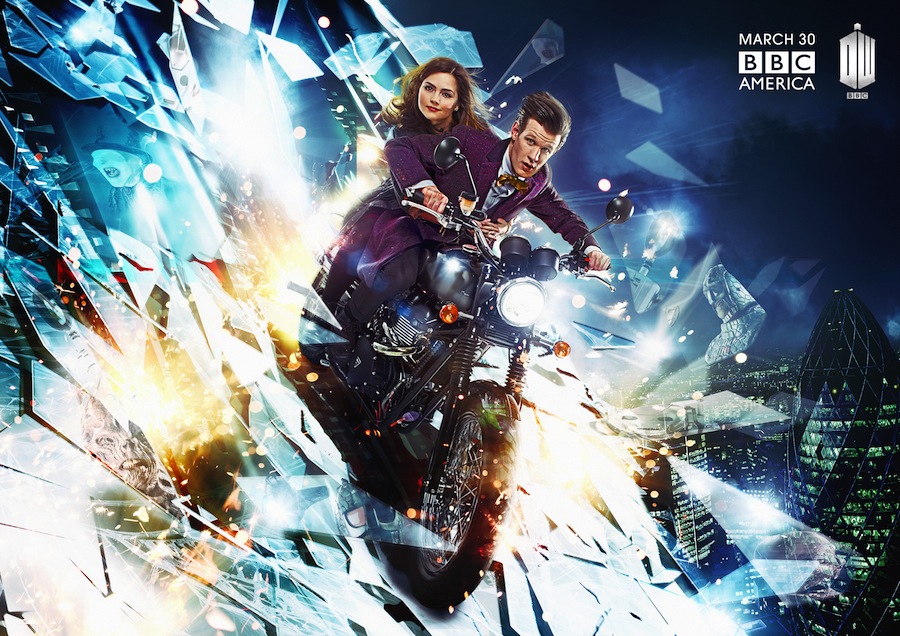 Doctor Who has been on a mid-season break since September 2012, and although we saw the Doctor (Matt Smith) and met his new companion Clara (Jenna-Louise Coleman) during the annual Christmas special, it’s been too long since we’ve boarded the TARDIS for another adventure. We still have to wait until March 30, but until then, there are hints about the season to come in the new poster, below.

Oh wait, Steven Moffat, executive producer and lead writer of Doctor Who, just outright told us some news in a BBC press release:

“It’s the 50th year of Doctor Who and look what’s going on! We’re up in the sky and under the sea! We’re running round the rings of an alien world and then a haunted house. There’s new Cybermen, new Ice Warriors and a never before attempted journey to the centre of the TARDIS. And in the finale, the Doctor’s greatest secret will at last be revealed!  If this wasn’t already our most exciting year it would be anyway!”

There’s a reason Moffat is so excited. We’re first going to re-meet the Ice Warriors, who tried to conquer Earth back in 1967, during the era of the second Doctor (Patrick Troughton). Then there are the Cyberman, who recently appeared in the mid-series finale, “A Good Man Goes to War” as well as a lighthearted episode, “Closing Time,” both in season 6; the first Doctor (William Hartnell) originally encountered them in 1966.

I like how the BBC is using a combination of old and new enemies to keep the Doctor on his toes. And in the shattered glass in the poster, there are definitely faces I don’t recognize. Rather scary faces, in fact. But we also get Doctor Eleven on a motorcycle. Obviously, motorcycles are cool.

Moffat promises an exciting year, and not just because it’s Doctor Who’s 50th anniversary (well, less if you exclude the hiatus). His greatest secret will be revealed?

Does that mean we’ll finally get the answer to the question, “Who is the Doctor?”