‘God of War: Ascension:’ A Look at Multiplayer Combat 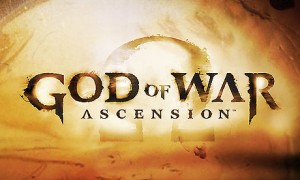 Except for a few bouts in Guild Wars 2, I’ve never been heavily into multiplayer combat. In retrospect, God of War: Ascension may have not been the best choice for another excursion into the world of PvP. But after multiple messy deaths, I learned how to navigate the arena and found myself with respectable scores. One time, and one time only, I came in first. I take pride in this accomplishment.

The game starts off in Olympus, before the altars of five gods, Ares, Zeus, Poseidon, Hades, and one to-be-determined deity. Right now, players can choose between pledging their service only to Ares or Zeus; Poseidon and Hades are currently locked. Swearing fealty to Ares gives you a leg up in melee combat, while fealty to Zeus boosts your magical abilities, as well as your defense. You get your basic training, and then you’re off.

I found myself wowed by the god-like strength the players wielded. They didn’t slice and dice their enemies: They puréed. Holy smokes, the animations were incredible, particularly the killing moves–even though I was mostly on the receiving end. (More on that in a minute.) It sucks that I died so frequently, but the fact that I got to see my own intestines almost made up for it. (Maybe you’d have to be there.)

However, I didn’t think SCE Santa Monica Studio did a particularly good job of introducing players to the basics of multiplayer combat. I started the game with a four-against-four combat mode called “Team Favor of the Gods,” and it took me multiple play-throughs to learn what to do. In my first game, I didn’t even realize the capture points were capture points until I watched other players take and retake them and saw the score was changing. (This is unlike Guild Wars 2, where capturing a point produces unambiguous messages like, “You’ve seized the Clocktower!”)

After a cemetery’s worth of death, I learned to follow other players’ moves: Capture platforms. Kill opponents. Stand behind traps and spring them on your opponents. Open chests. Stay alive. The first team to score 8,000 points, or to score the highest in an eight-minute timeframe, wins. Capturing platforms gives you a 100-point boost for your team, plus your score ticked up, although it wasn’t clear by how much. Snag all three platforms, and you earn a “Total domination” mention…but no extra points.

Throughout this carousel of death, the map, “Desert of Lost Souls,” didn’t change, as it is apparently the only map open during this beta period. After the umpteenth round, it felt repetitious. Hopefully, new multiplayer maps will be added soon.

Lest you think I disliked the game, I didn’t. After a while, I began to enjoy it quite a bit. But I would love for these problems to be addressed.

This sameness problem was improved, albeit slightly, with armor. As with many games, the more you play, the more levels you acquire, the better armor and weapons you can unlock and purchase. (You can also obtain relics, items, and magic spells.) And I suggest you don as much armor as you can, and not just to differentiate yourself from the other Kratosi: The game is a punishing kill-or-be-killed experience, and your opponents will take advantage of any weakness.

That was never more apparent than in the three-player combat. I started off strong, but it turned out to be beginner’s luck. During my second, third, and fourth rounds, it was clear that I was the weaker player. So rather than attack each other, both of my opponents—most of them different in each round—targeted me.

I would have done the same in their sandals.

(Note: There’s also a two-against-two mode, but in the interest of not having my randomized partner curse my name, I decided against it.)

Once you’re finished, you get to see your achievements in that round, and your points are tallied accordingly. Hang on for a minute, and you’ll find yourself in another game. Because this doesn’t give you much time to shop for armor, make sure you exit the lobby first, just so you can take your time perusing your equipment options. Other than the lobby listing in the top right corner, there’s no visual difference between being in or out of the lobby, so I found myself yanked into a new game while browsing armor selections; I’d assumed that looking at upgrades would take me out of the lobby. But nope. Back into battle without my pants on again.

After many, many bouts, here’s what I learned: I suck at actual combat. But here are two other things I learned, which may be of benefit to you:

– Practice. I went back to the training level in Olympus again and again until attacking, blocking, and parrying became easier. Practice is deceptively easy though, because your health regenerates while the NPC training opponent’s does not. The first time through, this fooled me into thinking I was better than I actually was.

– There’s more to the team multiplayer arena than killing. You can take capture platforms and open chests for points. At the end of each game, when our scores are tallied, I may have died the most and killed the least…but I frequently scored high for my valiant non-combat efforts, that is, in pressing the ubiquitous R1 key. In fact, darting around the map to avoid fights and score points appears to be as valid way to win as defeating opponents directly.

You can also set traps, but those can also work against your own team, as I discovered when the same team player killed me on the same trap, twice in a row. Gee, thanks. Maybe he was confused about which Kratos I was too…?

If you like the God of War universe—and really, god-on-god combat is awesome—this is an adrenaline rush of a game. Also, it’s a nice way to pass the time until the game is released on March 12, 2013. But if you’re new to multiplayer, don’t know much about God of War, or just don’t find the Greek mythology background appealing, then you may want to keep your intestines inside your body.

Note: Blogger SarahtheRebel from Nerdy But Flirty  mentioned in a YouTube review that it was sad to not have at least one female warrior god to swear allegiance to, and I absolutely agree. Bia, would be a great deity to pledge my troth to; after all, she’s the personification of force…as well as Kratos’ sister.