‘Guild Wars 2′ Makes Us Laugh with References to Other Games 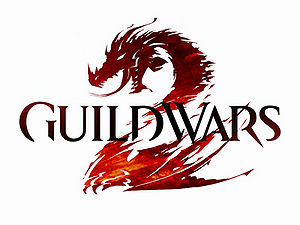 So here I am in Guild Wars 2 (GW2), playing a Sylvari engineer, when I encountered a woman who needed help planting seeds. Just a typical quest, right? Then I learned the plants had offensive abilities. And then we were attacked by the undead. That’s right, people. I was playing Plants vs. Zombies as a mini-game.

And that’s not the only mini-game in GW2. The most obvious is the homage to Assassin’s Creed, where you coax your character to scale precariously high edifices, and for your effort, you receive absolutely beautiful panoramic views.

GW2 isn’t just full of action. It seems to have a great deal of humor, aimed squarely at gamers.

Other geeky references include:

The line, “Shatter your foe’s dreams of becoming an adventurer with a single arrow to the knee” referred to a person who said he “used to be an adventurer,” until he “took an arrow in the knee.” (The line no longer exists in game.)

Legend of Zelda: Ocarina of Time

In Zelda, if you attack a chicken, it attacks you back. Hilariously, it happens in this particular area.

“Power overwhelming” is a line from Starcraft’s protoss warrior, Archon. It’s also the name of an event in GW2.

Three characters, Gwen, Jora, and Melonni, appear as a homage to the original game.

Games aren’t the only depths that GW2 has plumbed. ArenaNet has also taken from television shows and movies, like:

The asura use gates that are extremely similar to the ones found in Stargate/Stargate SG-1/Stargate: Atlantis/Stargate: Universe.

A quest with children and a map, much like the 1985 movie.

Gamer Tendonitis noticed the line, “By the power of…me” as opposed to the power of Grayskull.

Asuran Acolyte noticed the line, “Urge to kill rising!” This was taken from a Halloween episode of The Simpsons.