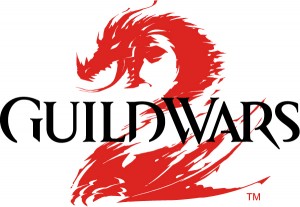 I’ll be honest up front: I’m not an MMO player. Yeah, I dabbled in Champions Online, and I spent more than a few sessions puzzle-solving in Uru Live (a.k.a. Myst Online). But when an MMO-obsessed friend sent me a Guild Wars 2 (GW2) beta key, I gave in to curiosity and fired up the game. The first thing that went through my mind was, “These graphics are pretty decent.” The second was, “Ah-hah, I’m playing Dragon Age: The MMO.” The third was, “I wish I had more than an afternoon to power through this.”

The comparison to Bioware’s 2009 RPG is more apt than you might have guessed, and not just because of the pseudo-medieval action and prominent use of dragons on the loading screen. Depending on your choice of starting race and background, you get a different primary storyline. If you’re thinking this sounds like the “Origins” in Dragon Age: Origins, you’re not wrong.

I chose a female human noble with a talent for healing spells and martial combat—a Guardian. My particular storyline involved helping out my buddy, a cocky city nobleman. But after answering a few starting questions (including choosing my greatest regret), I started life in GW2 like every human, by repelling a centaur invasion outside the city of Divinity’s Reach.

My introduction was quite an adrenaline-rush. More or less immediately, those damned centaurs were everywhere, pillaging and wreaking serious havoc. So I did what anyone would have in my position: I shouted, “No mercy!” and attacked.

Following relatively obvious cues, I quickly met NPCs (more on them later) who pointed me toward the next part of the encounter. Several dead centaurs and many grateful rescued villagers later, I ended up at a garrison. I took on a much larger horde (herd?) of centaurs with other players who’d arrived at the same time, followed by a major—and visually impressive—smackdown with an Earth Elemental.

And I thought, “I think I’m going to like it here.”

After the fight, I was able to stop and assess. I had just participated in an Event, a kind of free-for-all quest that happens whether I’m there or not. According to the GW2 wiki, Events can have multiple outcomes, each of which can then spawn other Events. Awesome.

The remarkable thing about this is that none of this gameplay was forced. I could follow the plot, ignore it, or catch up to it later, and I didn’t have to coordinate with other players. What I liked even better: Everyone who takes part in completing an objective gets some credit proportional to how much they contributed. Do well, and you’re rewarded with a gold medal when it’s all over; turn up halfway through, and you might get a bronze or nothing at all.

Those NPCs I mentioned above? They’re quest givers, sort of—except it turns out GW2 doesn’t roll that way. You can participate in an activity just by turning up in the area it’s located and throwing in with whomever happens to be there. The NPC is there to give the activity a purpose (usually, the objective is to help the NPC), and to give the player extra information and background if they want it—but you can also just ignore them. No need to talk to them to start a quest, no need to talk to them later to end it.

I loved that about GW2. Why approach Farmer Eda and ask to assist her against the orchard spiders that plague her trees when you can just simply walk down a mountainside and have the activity appear automagically?

If you’re in the area for a given activity, its objective appears on your screen in a brief summary (with the current state of progress as an ever-filling bar) as you and other players work to complete it. Most activities have multiple tasks that contribute to the completion of their objective. In one case, I could water some corn and/or stomp on wurms to clear a field; in another, I could chase down bandits and/or return their ill-gotten goods.

Your personal storyline is different. You enter each subsequent location in your personal story as a private instance dedicated just to you (and presumably your party if you have one. I didn’t). The HUD map shows you the boundaries of the instance, and if you wander through them, your personal bit of plot vanishes and you’re folded back into the general world—the same place, but no longer private and no plot dedicated to you. Completing the plot segment allows you to end the instance immediately. You can also leave the slow way, by travelling through the instance edge.