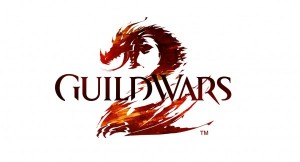 The upcoming MMO Guild Wars 2 made a very good impression with me when I played it in its beta form back in May: it was both easy to play and easy to become engaged. Also, killing centaurs. But potential players did not know when they could become actual players. Until now. Guild Wars 2 will officially launch on August 28, 2012.

“This is an incredibly momentous day for the studio and for me personally. This journey began in 2007 when we first announced that we were beginning work onGuild Wars 2 and that you wouldn’t be hearing from us for a while. Then in 2010 we unveiled our manifesto for Guild Wars 2: a living breathing online world that challenges convention, that’s designed for fun instead of grind, and that brings social interaction to a new level in an online world….

“Now that we’re just two months away from launch, we’ll spend our remaining time optimizing, polishing, and balancing the game, to ensure that we provide you with the best launch-day experience we possibly can.”

(Perhaps O’Brien was obliquely referring to the launch of Diablo III, where servers could not take the stress of so many players. Players received the dreaded message, “Error 37.”)

Gamers can leap into the world of Tyria one last time before August 28: The next—and last—Beta Weekend Event, where players stress test the servers, will take place on July 20-July 22.