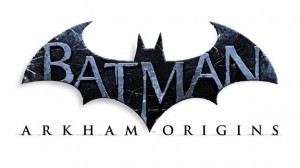 Even though Origins is a prequel to the previous two games, new developers Warner Bros. Games Montreal have ratcheted up the stakes—and the gameplay—considerably: Long-time foe Black Mask will give $50 million to the person who can take down the caped crusader on Christmas Eve, so every villain descends upon Gotham to be the winner of this assassin-take-all-event. It’s up to Batman to stay alive, as well as to save the city from the evil-doer’s evil doings.

If you’ve played the previous two games, you know what to expect: gliding, stealthy takedowns, grappling hooks, and balletic multi-foe smackdown. But it doesn’t take long to see that the Arkham series took a hypodermic needle and shot Origins up with adrenaline.

I start my game in media res, atop one of Gotham’s majestic buildings, shaking down (literally) a henchman for the whereabouts Black Mask. He’s at a nearby hotel. Using the compass on the top of the screen to guide me, I head toward my first objective by leaping off the building and gliding toward it…

…But I’m quickly sidetracked by a fight in progress. I launch myself onto a pile of villains and dispatch them with some fist-on-face action, with multipliers that give my XP a boost. My fight is also graded, based on the difficulty of the enemies as well as my performance. The better the score, the quicker I unlock my upgrades. I took down the minor enemies first, before concentrating my efforts on the bigger baddie, the one with the armor. Nighty-night, big guy.

Right. On to the mission. I make my way toward the hotel the same way I traveled in the previous games, by grappling and gliding…

…But I’m quickly sidetracked by a bomb, set by the villain Anarky. The bomb is protected by henchmen with a similar fighting style to Batman. I have to take them down not by attacking but by counter-attacking.

Switching to detective mode, which gives me a high-contrast look at the bomb, I manage to trace its location. I hit the D-pad to search my inventory and pull out my cryptographic sequencer. Using my joysticks, I sort through the code that will disarm the bomb. Amusingly, to unlock the combination lock, I have to sort through the gibberish that appears on screen. When I find a word in English, I automatically disarm the bomb (and stop the countdown timer).

Okay, mission time. On to the hotel…

…But I’m quickly sidetracked by a helicopter that plummets to the street before my eyes.

See what I mean by the adrenaline?

Origins is an open world of non-stop action, and I can choose to follow the main mission or ignore it in favor of the many, many sidequests the game offers. Some of these sidequests, which involve Gotham’s “most wanted criminals” (and let’s not forget corporate criminals), are dynamically generated, so my game will look slightly different than yours. But it’ll be just as awesome.

I choose to follow-up on the helicopter crash. That detective mode that I used in the previous games has been upgraded to a “Crime Scene Investigation System,” a reenactment of the crime in grayscale, digitally enhanced with grids and secondary data (This augmented reality trick was something of a theme at this year’s E3, as I observed here). In a remarkably cool trick, after I gather all of the data, I’m able to run the sequence of events in fast-forward and reverse with the press of a button. It’s nice that as the World’s Greatest Detective, I actually get to do some detecting.

Batman uses ballistics analysis, which shows him that the pilot had been taken out by a bullet in mid-flight. He quickly concludes the criminal behind this expert shot is Deadshot.

At last, I reach the hotel and walk in through the front door. Because I’m the goddamned Batman, that’s why.

The hotel is swarming with enemies, but luckily I’ve got something new in my arsenal to thin them out: a remote claw. Instead of using the grapple to swoop from one point to the next, the new remote claw can connect to two points. I can claw two thugs at once, instantly tying them up. Or I can claw one thug to a propane tank and bash them both together.