How Long Does It REALLY Take To Play A Videogame? 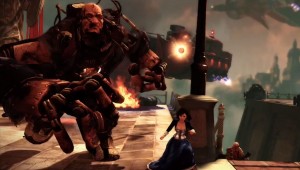 Handyman. Faster than me.

Updated: How long does it take to play a videogame, really? It depends. Are you a completionist who wants to explore every nook and cranny of the game developers’ devising? Or do you want to power through a game, just to see how it ends? A group of time-conscious gamers now has the solution to this planning question.

It’s called HowLongToBeat.com, and it’s a site for people who want to know how many hours they need to devote to a game. For example, in Arkham City, it takes someone playing through the main story with no side quests an average of about twelve hours. For those who want to complete side quests and unlock the unlockables, it’ll take twenty-one and a half hours. Completionists? According to HowLongToBeat, you’ll be spending almost forty-eight hours of your life in the city that never sleeps because of bats.

Of course, it could also be about bragging rights. Some people claim to have played extremely long games in what I assume is record time. For example, a speedrun of BioShock: Infinite has taken one gamer four and a half hours. I find that hard to believe. At least, I find it hard to believe that it was that gamer’s first run-through.

Note that this doesn’t take into account the player’s ability: If you have supersmooth shooting skills, you’ll obviously get through a game quicker than someone who’s skills are much less slick.

Time management is an increasingly important concern, so notable that universities such as Dartmouth and CUNY hold classes in this topic. Getting Things Done, the Pomodoro Technique, and 43 Folders—as well as a slew of articles that are a Google search away—offer different methods to manage your work and play hours.

Even doctors are in on the time-management action. A lack of time management is a cause of stress that can affect you both physically and psychologically.

Knowing how much time a game will take in advance allows players to plan accordingly: a critical first step in time management.

Heavy on the statistics, this site will only improve if gamers like you join and contribute your numbers for a whole new average.

Or you could just browse it and learn that you’re really, really slow compared to the average Portal 2 player.