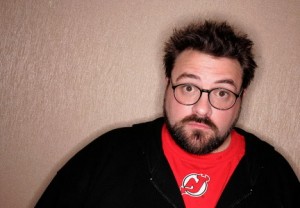 Some of you may know Kevin Smith from his movies, such as Clerks and Dogma. Others of you may know him from his television show, Comic Book Men, currently on AMC (and let’s not forget his work writing Daredevil and Batman comic books). And there are at least one hundred thousand of you who know Smith from his weekly podcast, “SModcast.” But Smith’s excellent podcast adventure is more than a weekly bull session with his producer pal, Scott Mosier: It turns out that SModcast was an essential aspect to revitalizing his career.

According to CNN, Smith told the audience of his panel, “The Business of Kevin Smith,” at the South by Southwest festival:

“The ultimate freedom that allowed me to walk away from the ‘heroin’ [money] of the movie business — what gave me the strength to walk away — was [expletive] podcasting.”

CNN wrote, “And [Smith] deployed a technique he said has always served him well: do what you love and what you’re good at, then figure out how to make money doing it.”

Although SModcast was free for listeners, he found advertisers to sponsor him. Later, he offered a paid version of his podcast, which contained extra material. Soon fans of his work—2 million people read his acerbic tweets—offered to compensate him by buying his merchandise, such as t-shirts. Smith also earns money by touring the country, telling incredibly entertaining anecdotes about the movie industry, his life, and his family to paying audiences.

As for filmmaking, Smith has made no public announcements about when he’ll make his next movie, or even if. Fans will be disappointed without another SMovie, but at least we have Smith’s funny, foul-mouthed podcasts to look forward to.